Gah I was so young and creepy looking… 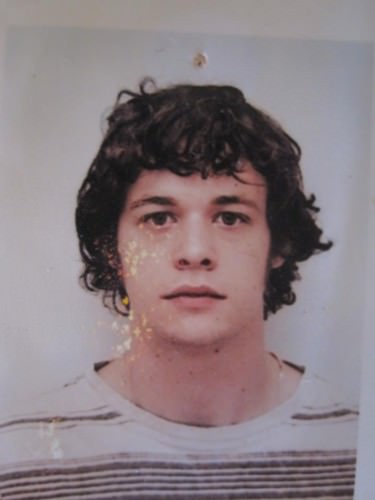 Everyone’s giving the new Lady Diana film a kicking because apparently it’s bloody awful, but I’ll never know exactly how it fares on the ole shit-o-metre because I’m not going to watch it. I’m going to allow that minor thunderstorm to rumble past while I just get on with my life.

It’s nice to just get on with your life, isn’t it? You get to enjoy visits to the toilet, you have an okay time in pubs, you celebrate your birthdays, you go to other people’s weddings, you eat breakfast, lunch and dinner or breakfast, dinner and tea depending on how posh you are. But let’s rewind for a second to something I wrote literally a sentence and a half ago when I mentioned celebrating birthdays, and then let’s pause on that sentiment and pop it in your pocket and go back even further to the first few words of this piece, specifically where I wrote “Lady Diana”.

Celebrating birthdays, and the words “Lady Diana”.  Birthdays and Diana. Princess Diana. Norma Jean. Mother of two sons. Died and was buried. Survived by her boys and their fathers Charles and Camilla.

Now picture this, it was my 21st birthday. The morning was hot, whatever natural rays of light beam down onto the planet – in this case onto a remote area called England – were particularly potent that morning like Zeus had yet to unleash himself on his wife Mrs Zeus and was channeling his energies elsewhere. I was sweaty and excited, brimming with joy as I awoke in fits of euphoric laughter because I was about to embark on the single greatest day of my life. I was turning 21 which meant all of my dreams of being able to visit America and confidently stride into a bar and order a beer for me and my gal and my mule had been realised. If I were to peer through the mists of time I’d predict I looked something like wispy sideburns, Kappa tracksuit (full), a small mountain of hair, and being that it was before lunchtime and I was just out of bed, there’s a 97 per cent chance I had a full erection. I was 21 which is about as good as life gets.

Of course back then, because no one had mobile phones, we’d have to ring up each others’ PARENTS and dictate hand scrawled messages to them about our evenings’ arrangements with their offspring and then we’d blindly head off to meeting points fully expecting everyone to be there. And FUCKING HELL they would be, bold as brass, because in those days everyone just did things without quadruple checking them. It was a beautiful time to be young.

So this day I’d been thorough and well prepared, I’d been spreading the word for weeks that it was my 21st birthday coming up, so we were to meet at the ridiculously early time of 2pm at The Royal Oak in Oxford. We’d down a conveyor belt of lagers, occasionally top those up with shifty G&Ts pre-mixed in smuggled-in bottles. We’d stumble around, we’d probably puke a bit, at least three girls and one boy would burst into tears unannounced, people would randomly disappear off to do some gentle fingering, we might try to dance, we’d all smear chips and garlic mayo into our faces and chuck bits of salad onto the pavement. Then it’d be home to pass out fully clothed.

“Have you heard the news about Princess Diana?” said my mum as I headed downstairs to demand my presents. “She bloody DIED in a CAR CRASH.” My dad sat next to her his head in his hands (possibly) my brother and sisters wailed and beat the walls screaming WHY over and over again. My daytime and evening plans were chased into a murky tunnel and the celebration of the decade was murdered. Tearful cancellations from girls (and boys!) streamed in that day like rain into a gutter, and the few of us who did manage to hold down our anguish were faced with sombre pubs and complaints from locals who felt we “shouldn’t be laughing” at such an upsetting time.

There is no upside to this story. Except that I did get a snog on a bench from a girl who had boobs and a face and hair that smelled of flowers.

(Although I would also at this point like to say RIP Diana. No hard feelings. ALL TOGETHER NOW, Hail Mary full of grace etc…)