This happened didn’t it? 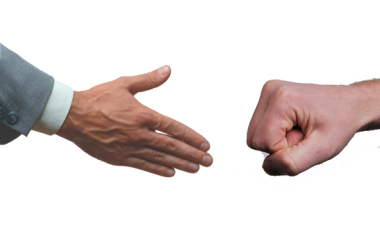 I am a man and because of this I have spent much of my life surrounded by other men. We see each other in the workplace, sometimes we’re out in the same nightclubs, we might see each others dicks by accident if we’re doing a wee or if we’re undressing ourselves to play sport, it’s all part of being a man. And because I’m a man I have a great deal of insight into lives of other men, so I thought it fair to everyone for me to share a few quick scenarios that have happened to every single person in the world who has a penis and balls and a hairy bumhole but no big juicy boobs nor a vagina nor ovaries… let’s do this.

He tried to talk himself sober at a party
He casually excused himself and nipped to the loo – you then heard the sound of a man slapping his own face and yelling “c’mon!” at a mirror. He then emerged a bit ruddy in the cheek and with water dripping off his chin. Ready for another can of lager.

He asked a girl who was ending it if she was sure because in his head she was obviously making a massive mistake
If you listen to enough love songs you’ll know that breaking up is really hard. He’ll go through inner turmoil, he’ll question his belief system, he’ll occasionally stand behind a tree sobbing your name for hours. He’ll wonder if he was too outlandish in bed or possibly if he was whatever the opposite of too outlandish in bed is. But before all that he’ll start with a quick “are you sure?” because, you know, have you seen him?

He wept during an episode of X Factor
One evening when you were out he got sucked in by the X Factor tractor beam and it wasn’t long before he was bawling his eyes out at a girl singing a Beyonce song. It was her story that moved him, they played a Coldplay instrumental and she said something about her dad being dead or her baby needing a better life, and that was him completely gone, spluttering and whimpering like a manchild.

He got humiliated by another man and essentially thanked him
Statistically most men will at some point work for other men and in those kinds of dick swinging situations there will occasionally be casualties. There are also casualties in women and men working environments but I don’t have a dick swinging analogy that works there. Anyway let’s just say that once he might have been fired a couple of times and both times rather than sweeping the contents of his desk onto the floor and flipping everyone the bird, he sighed very slightly, thanked people profusely, then headed straight to behind that tree for another cry. What a pussy.

He grew a beard then spent ages shaving it off getting a photo taken at all the different stages
There isn’t a man alive, and I include Barack Obama here, who hasn’t at some point worked a full beard down first into a goatee, then into a handlebar, then into a Ted from Hi-de-Hi, then into a Freddie Mercury, a quick David Niven, Chaplin, Hitler. Done. “Shall I keep the sideburns?” he shouts from the bathroom looking exactly like Fred West. “No,” you say, “definitely don’t keep the sideburns you’ll look like a massive twat.”

He attempted to run whilst drunk
The inconvenient thing about booze and logic is that they become over-enthusiastic intertwining soul sisters when his mind’s doing backstroke on account of a few too many beers, so where perfectly logical thoughts like “this journey home would be much quicker if I was sprinting” are usually tempered with backup thoughts like “but that would look silly”, now he’s a slave to stupid backup thoughts like “fuck yeah!” as he careers full pelt around a corner and straight into a hedge that came out of nowhere and now he’s on the floor screaming and crying. And now he’s asleep.

He pretended to have read at least 50 per cent more books than he’s actually read
Do people honestly believe that other people read books when no one’s around? Look out of the window. There are parks where people rollerblade or go cycleback riding, cinemas full of films and popcorn and hot chicks making out with hot guys. It’s great. And don’t even get started on indoors. Indoors he’s got the internet and everyone knows all about the internet. He’s hasn’t got time for books! Although, seriously (removes clown outfit) he has read some books. He’s read like 30 books. In his life. Including at school.

He misread a fist bump and did the international symbol of paper covering stone instead
He tried to be cool, he failed miserably. This one stings sharper than a clumsy high five.

He almost shat himself in the name of love
In the early throws of a relationship you were probably enchanted by his aftershave and surprised that he didn’t smell like the other men in your life like your dad or granddad who were perpetually taking dumps and letting the smell waft around the house. That’s completely normal human behaviour, because no man will ever shit in the same vicinity as a beautiful woman until the words of true love have thus been spoken. Until that day he will oscillate between suddenly disappearing into pubs, or bravely journeying home holding his breath and begging for small mercies with bowels like Krakatoa. He might have once lurched into McDonalds with a look of genuine panic in his eyes.