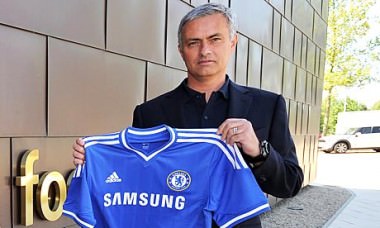 Great friend and Interestment Family member Eliot has thought long and hard about it and compiled his End of the Season Premier League Table for the coming year. You heard it here first, this is what will happen pretty much verbatim…

2. Manchester United – 2nd behind Jose a decent start for Moyes

3. Manchester City – Tough for any manager to win in his first season

4. Arsenal – Same as last year. And the year before

6. Tottenham Hotspur – If Bale stays, they could get top four at least

8. West Ham United – Big Sam knows how to get his ugly teams to finish 8th

10. Stoke City – Hughes to be the poor man’s Pulis

11. West Bromwich Albion – Steady as she goes but Anelka is no Lukaku

12. Norwich City – Redmond is the best young Englishman in the league

13. Cardiff City – Will surprise a few until January which will be enough

15. Sunderland – Di Canio to be sacked mid-season for hitting a woman

17. Fulham – Does anyone truly care any more?

18. Hull City – Relegation will obviously be the fault of the referees not Bruce

19. Newcastle United – Kinnear to lead Toon back to the Championship

20. Crystal Palace – Adam made Holloway look better than he was last time

The 10 Greatest Big Brother housemates EVER
Get EXCITED – the footie’s about to start (in a bit)!