Hey everyone, these are the best cheeseburger places EVER (in London) 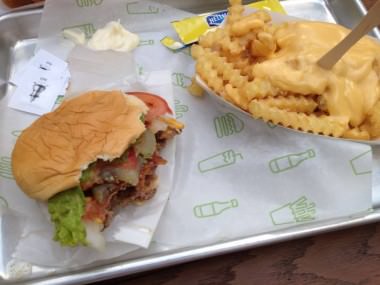 Like literally all men I’ve spent the last few years pretending to enjoy sophisticated things like soup or poached salmon or disgusting goat’s cheese while secretly wishing I could just order from the kid’s menu and get the nuggets. So now that it’s considered the height of coolness to go out to burger joints I’m making hay while the sun shines, which is a clever metaphor from the olden days that means I’m eating lots of burgers. God language is amazing. Anyway, you’re probably wondering which of these hip new places you should be hanging around in, getting down with the scenesters. Luckily I have lifetime membership to the scenesters, so I’ve already done your work for you without even knowing it because I’m a scenester and a true scenester is never actually aware that he (or SHE) is a scenester. But I am one. Have you ever seen the word scenester in so many sentences before? No didn’t think so. Anyway here goes…

Dirty Burger
Yeah I haven’t been here either but I’ve been meaning to go. Apparently it’s in North or East London somewhere and they do a burger with cheese on it and their gherkin is an homage to the actual Gherkin, but an ironic one because there’s no way on earth any of these guys would be seen dead in the fucking GHERKIN Gherkin. The Man works there and he axe murders creativity, he’s a slave to money with his cigars and his suits and his lovely holidays and his cars and his happy children. FUCK. THAT.

MEATLiquor
Great news, I’ve been to MEATLiquor and when I got there I thought it was closed because all the lights were off. But then I twigged that having it really dark was just part of the satanic vibe people like with a cheeseburger and fries. There was some heavy metal playing, people were drinking booze from their nan’s old jam jar collection, a waitress with her collar turned up wandered over and asked me and my wife if we wanted to fucking eat anything and we said yeah totally give us some fucking french fries and a bunch of burgers you bitch and hold the cutlery. As I left I did that rock sign you do with your index finger and your little finger and literally everyone cheered and told me I was amazing.

Honest Burgers
I’m not sure of the exact origin of the name but I’m pretty sure it’s a calculated sideswipe at dishonest burger makers who use the offcuts like cow’s livers or anuses, or their large balls or foreskins. These guys only use the nice bits like leg or breast and it really shows. So the upside is that the burgers are amazing here, the downside is that you might have to queue up for a bit because they’ve only got two seats, plus there’s a beard-only policy for guys and a no-dickheads policy for girls. I’ve been twice, both times I had a cheeseburger.

Shake Shack
I literally went here last Saturday and it’s exactly how you’d imagine it: in the middle of Covent Garden, someone’s singing opera for money, you’ve got a pair of shorts on because it’s hot, early August hot, end-of-heatwave hot, you join a long line of people, you order your food, you keep it simple, talk to no one, no eye contact, you throw up slightly in your mouth when you realise you’re going to have to put in on your credit card, you get a pager to tell you when your dinner’s ready like your suddenly in a 1980s movie set in 2023. It’s basically an amazing version of McDonalds.

Motherflipper
Once in a while when I’m just walking up and down the streets of London in a pair of shoes, I’ll suddenly get an urge to eat street food from someone who’s been to Thailand. I found this place during one of my little explores when I stumbled across a very out of the way boulevard called EAT STREET in an area of London called King’s Cross. I had the cheeseburger with bacon, and the bacon gave it a real baconiness. They also practice an old cookery technique that involves frying your lunch under an upside-down silver bowl to make it look like a magic trick.

Five Guys
For those who don’t know, Five Guys is an American burger chain that was set up by five guys, all completely unnamed in the title of the restaurant. They’re not craving constant attention like Ronald McDonald, who famously insisted on wearing a clown costume his entire life and even on his death bed when he finally lost his long battle with drug addiction. I’M KIDDING! I’M KIDDING! He’s alive and well! Or possibly dead. I don’t know. Anyway, this place was great, the burger was yum, but the thing I really liked was the unlimited drinks machine where you could get stuff like Vanilla Cherry Pepsi or Raspberry Coke. I literally stayed for three weeks.

Byron
Right we’ve all had a laugh and a joke, we’ve kissed a bit, at one point you whooped, but now it’s time to be serious *removes squirty flower, huge shoes and knickerbockers* this is not the coolest joint on the list, but it is the tastiest. They’ve got everything: burgers, chips, staff who say things like “hey guys” and “where you off to now?” like you’ve been friends for a lifetime. This is my top tip.

Now tell me what I missed…

Hey guys Twitter isn’t real… is it?… Oh no IS IT?
The 10 Greatest Big Brother housemates EVER

One Response to Hey everyone, these are the best cheeseburger places EVER (in London)