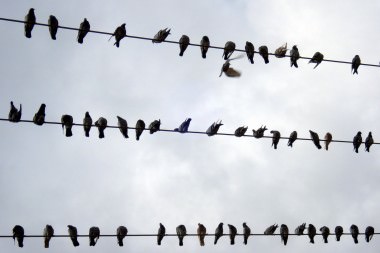 There have been shitbombs going off all over Twitter recently, most of them featuring nasty fuckers threatening to hurt or rape women for daring to be outspoken and admirable or being mean to vulnerable teenagers, and that’s a horrible frightening and inexcusable thing to do. On the back of everything the columnist Caitlin Moran arranged a day of silent protest on Twitter as a show of sisterly solidarity, she in turn faced a small backlash for that and wrote a piece defending some of her own tweets from way back in yonder olden days for sounding inappropriate, she then explained that she’s a really nice person just trying to do good. I like Caitlin Moran, she’s a fantastic writer and a kind-seeming lady who says wonderful things, so it made me sad that she felt compelled to apologise for calling her good pal a “retard” – all words are part of language and they should only really offend people if they come from a bad place. I’ve tried to argue the point at many different times with different people for years that it’s completely impossible to say anything racist/sexist/homophobic if you aren’t one of those things. To be prejudice in word you have to BE PREJUDICE in your mind and in your life.

So all that happened and then the Daily Mail columnist Samantha Brick wrote a piece taking bitchy swipes at Caitlin Moran and some other people she views as a kind of Twitter sixth form common room, but while prodding around aimlessly with a shitty stick she alluded to a point, possibly inadvertently, that I agree with.

The internet isn’t real life, it’s just a bleepy thing with words and images that some egghead invented to make spreadsheets prettier. Perhaps I’m getting it all wrong, perhaps I’m too far out on the withered side of the generation gap to really grasp the importance of this big hungry robot, but the person I am on Twitter isn’t the person I am in real life – it’s a cartoon version of me, the Hollywood version with the most flattering profile picture I could find or occasionally an image of something I think encapsulates the person I want you to think I am. I’m not alone either, we’re all at. Together we have strong opinions that would probably be muted in normal conversation, we’re all arch comedians with excellent comic timing, we’re all socially charged or politically charged. We’d all make great Guardian columnists if everyone could just wake up and see it. We’re excited about the right films, we eat at the right places, we have great times at festivals. It’s all brilliant, really lovely thanks. But then we log off and the veil lifts revealing in my case an actual human person who’s relatively quiet. I’m really analogue, I have conversations on the phone and clothes made of cotton, I don’t own the latest Daft Punk album, nor any of the previous ones, I’m fucking rubbish at socialising with strangers or new people, I’m a normal man lurching desperately away from the limelight for fear of blushing and going very sweaty.

Anyway I have no real idea where I’m going with this except to say it must surely be the same for these trolls. I’m not defending the vile little toerags, and beyond working for a football blog where if I hadn’t been called a cunt at least four hundred times by lunchtime I wasn’t doing my job properly, I haven’t really been affected by them so what the fuck do I know? But I see them as cartoons too. Weedy little men OR WOMEN sitting in lonely rooms sneering at women OR MEN to distract themselves from their own deep-rooted self-hatred. In many ways their life sentence probably began years ago, perhaps on the very day they were born or even conceived, so now they log-in and transform themselves into invented monsters basking in the idea that they’re scaring people. It’s all a bit silly really.

BUT it isn’t real life.

I used to work on lads’ mags here’s what I think about them
Hey everyone, these are the best cheeseburger places EVER (in London)