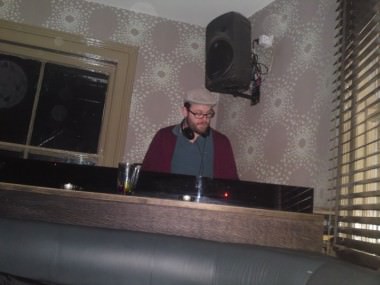 So you’ve enjoyed PART ONE and PART TWO, now it’s PART THREE in the series of four about the greatest funk and soul tracks ever made. The final part will be with you eventually, but for now just enjoy all of this amazingness…

This is great for so many reasons: the strange whining synths, the Latin flavour, the passion. You may need tops off for this one.

Not just a classic track, but also one starring Labelle on backing vocals who went on to be fucking amazing in their own right.

Fans of that new Daft Punk song, this is another one from the throbbing Nile Rodgers cranium.

I first heard this on the soundtrack to the 1980s teen angst movie Less Than Zero. I knew then that I had to have it.

An all time classic, any jazz-funk collector worth his onions would have this near the top of the list.

Billy Paul is wicked, and this comes from Ebony Woman which is by far my favourite of his records. It’s a bit weird, a bit psychedelic, a bit funky.

57. Lou Bond, To The Establishment

My big brother alerted me to this guy about a year or so ago and I’ve been hooked ever since. Nonsense singing has never been more magnificent.

On the first DJ set I ever played I opened with this spacey jazz-funk meltdown. My world was never the same again.

59. The McCrarys, Love on a Summer Night

If you’ve got an early evening sweat on and you need to cool yourself down mentally, pop this on the old record player.

60. Curtis Mayfield, PS I Love You

It was a nightmare coming up with just one Curtis song but in the end I went with this for reasons of absolutely adoring it.

Shuggie famously turned down the Rolling Stones to concentrate on doing his own stuff. One listen to this and you know he made the right choice.

Ridiculously I’ve gone for one of the few Isaac Hayes songs that doesn’t feature his smooth baritone voice on it, but that’s because this one of my favourites ever. It’s like classical soul music.

Leroy Hutson did a dynamite version of this tune too, but this one just pips it by a nose. An ode to the magnificence of a good woman.

This entire list could have been made up of Marvin tracks and I’ll be changing my mind on this by the hour, but as I was compiling this was my number one.

Aretha had lots of golden moments but for me this is her standout blast in the sunshine.

66. The Pointer Sisters, Don’t It Drive You Crazy

Girls if you’re looking to seduce a guy you could do a lot worse than to pop this on the stereo and mime along.

Probably the best funk band of all time, here doing their best work. Your challenge is to not start nodding along aggressively.

For the down on your knees dirty funk intro alone this makes the list.

69. Hipnotic, Are You Lonely

With lyrics that read like a lonely hearts ad and a bassline that makes you want to jump into bed with somebody, this one pulls your mind in a million different directions.

70. Willie Hightower, Walk a Mile in my Shoes

This guy had a load of stuff reissued a few years ago and when I first heard it I was all like “whaaa” and then “uh-huh” then “yeah man this is cool”.

71. Esther Phillips, Home Is Where The Hatred Is

If this was a list of my Top 3 tracks of all time this would be in it. Heart breaking soul about the pain of addiction this is as powerful as music gets.

Another great song for the morning this always adds an extra coil to the spring in my step.

YES! One of the sassiest and most excellent dancefloor soul tracks ever made. Synths, sensuality, other things beginning with sssss. Put it on and feel the pheromones in the air.

74. Spanky Wilson, Sunshine of Your Love

Another great cover version, this time Cream get the hard funk treatment with some spot on vocals from the girl Spanky.

On of my Break Glass In Case of Emergency tracks this one has never let me down in an hour of need.