7 Things that will definitely make you look cooler 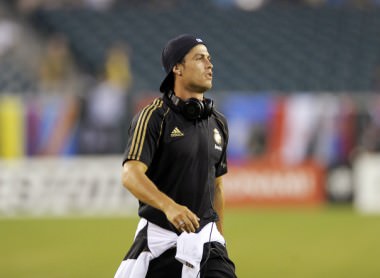 Here’s a list of things that will make you look cooler than you are in absolutely any given situation. Feel free to add your own suggestions in the comments section….

Having a cool pair of shades on
Shades tell the world two things. One, that it’s sunny. Two, that you’ve probably got a massive hangover. Both bits of information are cool because sunshine rocks and you having a hangover probably means you had a great time last night. You might have met a gal, got a groove on, had a little puke in a bin. You know what you should really do – wear those babies indoors. Let EVERYONE know about this.

Wearing a baseball cap on backwards
If you’re stuck in a new situation like “going to university” or “being at a new job” you’ll be able to identify the cool people because they will all be wearing baseball caps turned around so that the peak points the wrong way. They’re unconventional like that, some of them might be completely nuts, but fucking hell they’ll show you the time of your shitting life. Join them. Go on, put a cap on… now twist it 180… there you go!

Owning a leather jacket
Don’t tell people how cool you are, show them. The easiest way is to turn up to every single event – be it a night out, a work meeting, a funeral, a wedding – in a black leather jacket. It’s the item of clothing that speaks volumes. It’s saying to people “I’m a cool guy, I’ve got a leather jacket on, deal with it”. And then people deal with it. Or they don’t deal with it, depending on their ability to deal with things. Put it this way, you will definitely get laid.

Doing a special handshake when you meet people
Why do a bog standard “how do you do do you do” thing when you can go in at an angle and enjoy a moment of bonding so powerful it would make mountains explode? The other guy feels like a million bucks, you look like literally the coolest man who ever lived. Tell you what, incorporate a semi-hug into that thing and all bets are off – you’re the fucking Fonz.

Leaning against a wall smoking a cig
I gave up smoking about a year or so ago because reports came in that said it gives you cancer and then you might die. It rocked my world because I don’t ever want to die. Not ever. I want to see my grand children have grand children and then I want to see them having grand children and then great grand children. I want to travel to work in a lazer bus or by teleporting from one place to the next. My plan is basically to live until I’m 1000. Problem is now when I’m leaning against a wall I have zero idea what to do with my left hand. I’ve got 964 years of this. I have literally no idea where I’m going here… this paragraph got weird.

Turning a chair around to sit on it at work
Look, you’re a big deal – you know that, your friends know that, all of the chicks you’ve snogged outside nightclubs know that. Problem is you need everyone else to know that, particularly at work. Here’s how: first, take most of your phone calls standing up – if people can see you talking business from afar it turns them on, they know you’re the real deal. Secondly turn your chair around in meetings, just a deft little spin then straddle it like a wild buffalo. Bingo.

Sharing a bit of chewing gum
Remember that advert from the 80s where the guy gets on a bus with loads of inbreds and then shares a stick of gum with the only hot chick for miles? Yeah, well they got married and I got a letter from them last week and they said that sharing chewing gum was the coolest thing that ever happened to them. Fucking EVER.