The 10 Greatest Male Soul Singers EVER

Including this double dude… 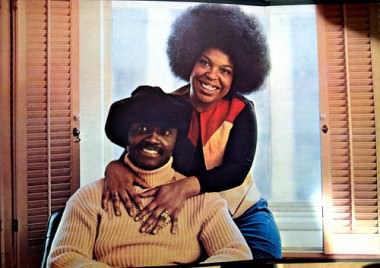 Literally nothing is more embarrassing than having someone burst into the shower just as you’re about to hit your peak during an emotive soul recital. You’re naked, you’re squealing, those vocal runs you’re doing are much more impressive in your head, they’re pointing at you and sharing crude pictures with their mates on Instagram. It’s a sorry situation for everyone involved. But that wouldn’t be a problem for any of these guys, who can sing the fuck out of shit because they’re bloody amazing… MY FAVOURITE MALE SOUL SINGERS LADIES AND GENTLEMEN. Feel free to go absolutely apeshit in the comments section because I’ve got it all wrong and didn’t include Stevie Wonder…

The greatest of them all, his voice is smoother than a long piece of wood you’ve spent the last week sanding down for eight hours a day without stopping. Do the maths, that’s basically smooth as fuck. Stupidly, he decided to kill himself in 1979 by jumping out of a window. I was just three at the time, which is neither here nor there.

It’s nuts to think that Otis Redding was just 26 when he was killed in a plane crash, he sounds so mature and borderline-elderly when he sings. Confession time guys! Otis Blue is one of the few records I own that I could listen to from start to finish every single day without tiring of. I have no idea why I just made out that was a big confession.

You might not have heard of this cat, because Frankie Beverly was never a solo star in his own right. He sung with the band Maze in the 1970s, 1980s and 1990s and possibly beyond, and those cats were funkier than a stink on a hot summer’s day. Some of you might have noticed that I’ve suddenly started saying “cat” a lot in this paragraph. Go with it, I’m just trying it out.

Bobby Womack’s enjoying another blast in the sunshine after collaborating with Damon Albarn on that album about a year ago. Everyone liked it because it combined modern day sounds with old style singing. I didn’t listen to it because I’m a bearded vinyl twat who pretends to only like old stuff like 1970s albums and vintage shirts. I do love Bobby Womack though, he always sounds about this close to a violent coughing fit.

I’m going through a big Isley Brothers moment that doesn’t appear to be stopping any time soon. I love them because they looked like a great big pile of fat black Elvis impersonators, I like that they could throw down serious funk jams next to syrupy soul ballads. I adore them especially because Ron Isley has one of the most slippery voices the world has ever seen. And I mean that in a good way.

If I had to pick my favourite Marvin Gaye album I’d go for I Want You because it’s the sexiest record ever made, full of secret messages in between the lines saying stuff like “come here woman” and “I’m gonna hold you real tight”. Chicks love that kind of shit. I also like What’s Going On, Trouble Man, Let’s Get It On, Here My Dear, and basically every other record he ever made.

Whether fat or thin Luther could sing the phone book and while everyone would listen for a minute then whisper “is this guy actually singing the PHONE BOOK?” to each other with an incredulous look in their eyes, they’d all agree that the lyrics might be boring as fuck, but that fat guy’s got the voice of an angel.

When I was a student in Bristol I spent my days frying up pieces of bread for my world famous fried bread fried bread sandwiches and listening to Brown Sugar by D’Angelo. Man that cat could groove. That’s right everyone I’m back to saying “cat” again. Deal with it.

Obviously I’m never going to die, but if I did – IF I DID – during the bit where my coffin is lowered into the ground while all manner of beautiful women in black howl to the heavens I’d like someone to put on Hercules by Aaron Neville. It tells the story of a man just trying to get through life and deal with the struggles. I know what you’re thinking – that’s me in a nutshell. Great song, and what a voice.

Ah man, the last spot was always going to be a nightmare. Curtis Mayfield, Stevie Wonder, Ray Charles, even Lionel Richie had a shout. Then you’ve got Bill Withers and Gil Scott-Heron who I adore. Terry Callier’s amazing. Sam Cooke. White soul singers like Joe Cocker and Rod Stewart. James Brown who grunted a lot but could also sing amazingly well, Michael Jackson who took soul to the billions. Smokey Robinson, any of the Temptations, I even like R Kelly a little bit. But in the end I went with Willie Hutch who’s just plain wicked.

One Response to The 10 Greatest Male Soul Singers EVER