My 10 favourite songs RIGHT NOW AT THE MOMENT! 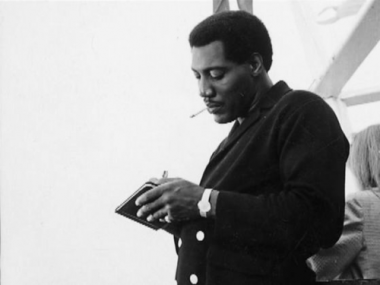 The identity of my favourite song is in a constant state of flux – for about a minute I thought about compiling a list of my all-time favourites before my brain very nearly started a riot against itself, so I thought better of it. Instead, I might start doing a semi-regular piece like this on my current favourites, which will be mainly comprised of tunes I’ve just discovered or rediscovered. At some stage if I master the technology I might even convert these into some kind of spotify playlist, but for now, here they are in all their clunky Youtube glory.

I’m going through a huge Isley Brothers moment, and one that I’m moderately ashamed of. Ashamed because I’ve been a snobby soul music fan for most of my life yet I’ve never really listened to them. Now I can’t stop, and this Neil Young cover isn’t just my favourite Isley’s song so far, it’s also possibly my favourite cover version of any song ever. Although that might just be me going really overboard. Either way, as John Peel would say, fucking brilliant.

Main Source, Peace is Not The Word to Play

My love for Main Source is deep and unreserved, they’re without a doubt the greatest hip hop crew in the history of hip hop crews. Breaking Atoms is my go-to rap album, and at the moment this is my go-to song. That accolade tends to fluctuate between this and absolutely any other track on the album.

My huge Isley Brothers obsession actually started because I was in the middle of an O’Jays re-obsession and an unpredictable series of events happened. Before that I was listening the the entire Ship Ahoy album on loop for days.

There was a Blondie documentary on BBC Four the other night, and being part of their bearded plastic rimmed glasses cord trousers vinyl records demographic I obviously tuned in. Blondie are definitely my favourite pop group EVER, and this is a bit of a leftfield choice, but for some reason it’s my favourite song of theirs.

On the same Isley Brothers record that features the Neil Young cover (the album’s called Givin’ It Back – BUY IT) there’s also a brilliant version of Lay Lady Lay by Bob Dylan, which reminded me that I love that folky bastard. I’m not an expert by any means, but I have a few albums, my favourite being Desire which features this ode to a Denzel Washington movie that wasn’t as good as the song.

Ridiculously it’s taken me about twenty years to graduate from having Otis Blue on tape to having it on vinyl, but now I do. It’s one of the greatest soul albums ever recorded, and this is currently my favourite track. He sings this song better than Sam Cooke did which is really saying something.

One Sunday morning a couple of weeks ago I decided that I wouldn’t listen to jazz like I normally do because it makes me seem like the most twatty bearded twat of all time. So instead I decided to become an even twattier dickhead by listening to avant-garde synth-pop. It worked.

I’ve already featured this song on the site and I said how Solange is so cool that she might even be cooler than her big sister Beyonce, who is really cool. Whatever way, they both have so many cool points in the bank that they can retire now and still be cool on their death beds. As everyone knows, that is insanely important.

I very recently bought Syreeta’s first album, also coincidentally called Syreeta, on the recommendation of a friend, and then another friend mentioned this specific track in a totally different conversation. I can’t work out how much I like this, it’s a bit weird. Allow it to percolate in your mind.

If ever I’m in the mood to dance around the flat like a hillbilly, this is my track of choice. I was off work for a few days earlier in the week, so there was a lot of time for hillbillying.