Including this young lady (now woman) 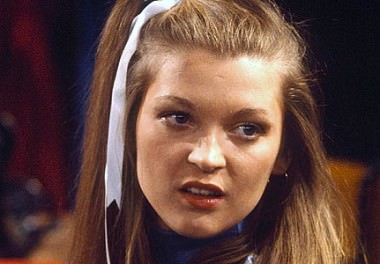 It’s pretty much had its day, that Celebrity Big Brother. The surprises are few, the shattered egos don’t quite have the same appeal, and while normally I’m all over it like a rash, this year it just hasn’t grabbed my attention in the same way. Perhaps I’m reality showed out? Perhaps it needs some kind of revamp? Perhaps its key demographic isn’t 36-year-old bearded straight men? Whatever way, I have given it a fairly decent once or twice over, so I thought I’d say a few words about the people in there…

Rylan Clark
Despite singing like a deaf man Rylan thundered through the X Factor until the latter stages because he has a winning personality and a well-considered “casual Prince” wardrobe. He loves abbrevos, he once spent £40 in McDonalds, everyone seems to like him so he’ll probably win. He’s the extravagant but alarmingly thick gay friend you wish you had.

Claire Richards
A “triple threat” – she sings, she eats, she then doesn’t eat. You’ll know her best as either the John Lennon of Steps or the greatest oscillation between fat and thin since the prescription drug addiction storyline in Friends. Right now she’s big, she’s blonde, she’s beautiful, yet people only just stop short of playing a tuba solo whenever she walks by, which is possibly why she seems completely and understandably fucking miserable.

Sam Robertson
Sam’s a handsome actor who played a barman or something on Coronation Street, and he entered the house wearing a tartan skirt as a show of solidarity to the nation’s various schoolgirls who have to climb a popularity mountain every single day of their lives. Good for him. If this were a WHO’S HOT competition, he’d walk it. Unfortunately he keeps forgetting to speak in social situations.

Tricia Penrose
Heartbeat fans finally get their day in the sunshine. Tricia, she’s got a voice like a choir of angels, and the acting skills of either Meryl Streep in Silkwood or Nicole Kidman in The Hours, depending on which of those you like best. This show’s just a stepping stone for her.

Frankie Dettori
Widely considered the Gino De Campo of horse racing, Frankie’s everything you’d want in a dinky little Italian guy. Full of energy, well tailored, great at laughing loudly for no apparent reason. There’s a Brokeback Mountain storyline emerging between him and Rylan, only in this version Heath Ledger unbuckles his trousers and Jake Gyllenhaal throws up. Not cool, dude.

Gillian Taylforth
Before becoming the latest star of Celebrity Big Brother, Gillian Taylforth was famous for being voted second behind Rod Stewart in a global poll about superstars most in need of a cough, and then she was Cathy in Eastenders for fifty odd years. It’s your solid, standard career curve, but she won’t win this. Not after that stuff that happened that no one mentions. Involving the mouth.

Lacey Banghard
Presumably after a tough childhood on account of her surname, Lacey decided to stick two fingers up at her persecutors by unleashing her enormous and magnificent bazookas on Page 3 of The Sun newspaper. Who’s Banging Hard now you dicks?

Ryan Moloney
Were you to ask anyone their favourite ever Neighbours characters it’d go: this guy (Toadfish) top, then Helen Daniels followed by any combination of Mrs Mangel, Des/or Daphne, Kylie Minogue, the one with the massive head that looks like it’s made of papier mache, those hot identical twins, and Jim. Seriously though (removes red nose) Ryan might win this thing. He seems really nice.

Paula Hamilton
Not very well known, now living on the edge. Imagine Janice Dickinson attempting to do an impression of Del Boy, only frightened and not nearly as fun as that sounds.

Neil Razor Ruddock
So far he’s strutted around in a suit, he’s made wisecracks, he’s occasionally morphed laughing fits into choking fits, some of which look like they might end with a heart attack. It’s certainly a nice change from when he went on I’m a Celebrity… and spent his entire stay sobbing behind a tree.

Heidi & Spencer
Over in America, these guys are like Mark Wright and Amy Thing from Essex. Yeah, that big. So far they seem appalled by everyone and everything. Including each other.