A tribute to the dying art of cigarette smoking

Gah, I still love these bastards! 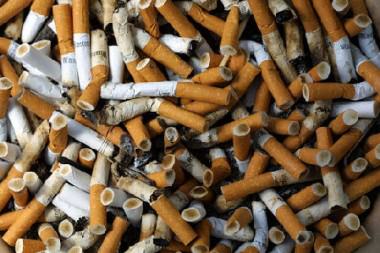 As the clock struck midnight to see out 2012 so ended my first completely cigarette-free year since 1988. Granted 1989 wasn’t a wild chainsmoking ride for me, partly because I was 12, and also because as I’ve literally just mentioned I WAS 12. But I had my first cigarette that year, kick-starting not just a habit but also a romance that went on for over twenty years. I absolutely loved smoking and if premature death weren’t a factor I’d smoke until the cows came home. I’d also chug away when they were at home pottering around and going “moo” at each other, and I’d definitely puff down a few tasty ones when the cows left for work the following morning. I’m a big fan. Here’s a short list of reasons why I was in love with cigarette smoking, all sadly countered by the sorry truth that if I’d carried on I’d feel really guilty about widowing my wife.

2. Smoking punctuated my day, with work loosely planned around a series of nicotine fixes. The general rule was that I’d stand outside staring into the middle distance and sucking on a smouldering few-inch long stick like an action hero for ten minutes every hour. Passing girls would fall in love with me immediately, and those minutes would be the best of my day.

3. Once the pub ban was enforced, I fell even deeper in love with first gold B&H and then with Cutters Choice roll-ups, and for one simple reason – they’d get me away from awkward social situations. Stuck babbling to a stranger who obviously hates you? Just insulted a girl to the very core without entirely meaning to? Can’t be bothered to then backtrack and explain that she’s got the wrong end of the stick because life is just too short for that kind of thing? Great news, excuse yourself for a smoke. It’s slick, it’s sexy, and it’s a bit dangerous – both metaphorically and actually, in that it’ll eventually run rampant cancer around your lungs and destroy you..

4. Ah man, it was great when you could literally spark one up anywhere. Left hand side of the cinema, top deck of the bus, on actual aeroplanes, in restaurants. It was so liberating, the perpetual whingers were yet to have their day, and there was no better feeling than lighting up and leaning back to exhale a bellowing fog whilst midair. Be it on a plane. Or in one of those tall floating restaurants that were all fancy in the 1990s. On an open-top bus tour. At an IMAX cinema thing. If those existed back then. Which they clearly didn’t. (I’m sorry)

5. It’s not too much of a stretch to suggest that most of my relationships with girls have been loosely linked to smoking, in some cases they’ve come about as a direct result of sharing cigarettes. The reason’s simple – a conversation which includes a cigarette immediately takes on a deeper, more candid intimacy. I have no idea why that is, it just is. It probably has something to do with a shared love of throwing caution to the wind. Or star signs.

6. I could make a roll up in thirteen seconds from a standing start – I once even called the Guinness Book of Records to see what they had to say about it. They politely suggested that I fuck off and tag 5.7 trillion wooden pegs to my face if I really want something to brag about.

But now I’ve given up. After numerous attempts, trying out newfangled methods like hypnotism (massive waste of time and money) and willpower (enormous waste of emotion), I popped myself on a program which involved weaning off the things with an arm-patch and had them beaten in about six months. This means I no longer crave them physically, but I do sometimes look out of the window at the groups of addled smokers backing and forthing with their uncomfortable paranoid banter and wish I was in amongst them. Back with my people. I’m also yet to find such a fail-safe reason to exit a conversation, having figured that there are only so many times I can pretend to need a piss before everyone assumes I’ve got a coke problem. I’m still working on that. However, I now sleep easy knowing that if I do die early it’s not entirely my fault. Plus I’ve started running – this is something I’d never even have contemplated between 1989 and 2011. A few kilometres every couple of days is just about keeping me at my smoking weight. Almost.

So there, every smoke cloud has a silver lining. Which is possibly the shittest sentence I’ve ever used to bring a self-indulgent me me me piece to a close. Cheers.