Including this kind of bullshit 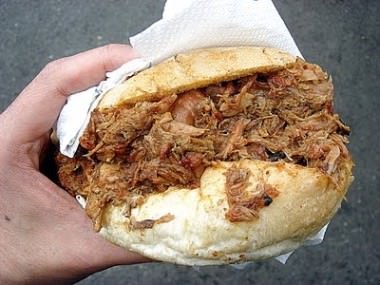 The great thing about this weird world we live in is that it never stops turning, it’s in a constant state of evolution, rotating at fuck knows how many miles an hour, hurtling through time – and while that happens, people down here invent stuff, come up with things, and if you keep your mind open enough, you’ll never stop discovering new and exciting products, experiences, and bendy pieces of plastic that’ll tide you over for another few months. With that in mind, here’s a list of things that meant pretty much bugger all to me in 2011, but mean absolutely everything to me now.

Gregory Porter
If I’d have bumped into Gregory Porter a year ago, I’d have taken one look at this beardo weirdo operating under the strangest interpretation of smart casual I’d ever seen, and I’d have assumed “tramp”. Debonair tramp, but still a tramp. More fool me. Fast forward through time and space, and if it happened now I’d be on CLOUD NINE. That’s because I now know that Gregory Porter is THE MAN, he merges gospel and soul with funk and jazz, and when he’s on the communal record player my ears start jumping up and down and shrieking joyously like fucking maniacs. This is him.

Treadmilling
A good twenty-year stint of near-continuous smoking rendered my body pretty much useless. I may have been able to muster a lazy grope or a wander around town, but the idea of walking up escalators or running for the bus sounded like torture. But now that my lungs have been smoke-free since January, I have discovered that I can run repeatedly for over half an hour without dying. It’s masochistic, it’s repetitive, I sweat so much that even my knees appear to be ejaculating water, but it’s also FUN in a completely not fun kind of way. Listen to this: I ran over ten kilometers the other day. I really enjoyed telling you that! Yes, it may be a boring unspectacular piece of information, but I DON’T CARE. I’m amazing. I suddenly think I’m superhuman. This may be the novelty of it, I have no idea. All I know is that if you now show me a treadmill, I won’t punch you in the face.

“Street Food”
This is nearing saturation point, the nationwide obsession with street food. It feels snobby, sometimes too exclusive, and delicious as everything is, you can feel like a bit of a twat standing in a mile long queue in what used to be either a car park or a crack house awaiting a rib sandwich. Plus I never thought I’d see the day when I’d tire of cheeseburgers, but I have. I’ve betrayed my inner child by being sick of shops and stalls declaring that they’ve fashioned the finest burger known to man. The truth is these things peaked with McDonalds, and no amount of gastronomic bullshitterie is going to change that. THAT SAID, I have enjoyed some amazing treats from these trustafarian-run street side stalls, including some pulled pork nonsense, a weird baguette thing, and all manner of zany meat dishes. On balance, it’s a very good thing for all of us. Yay!

Chuck Berry
Having spent a lifetime throwing all of my money at records, mainly soul ones, I decided to branch out and try some of this zany rock and roll music the kids were listening to in the 1950s, and it turns out that some of it is absolutely brilliant, and not at all what I was expecting. I thought it’d be all plinky-plonky piano mayhem, and men going “uh huh” over and over. Not so. The Chuck Berry albums I’ve bought in particular push at boundaries, never stick to type, and listened to in full are completely fucking mental. I’m now a fan for life, despite all those creepy rumours about him watching people piss.

Friday Night Lights
Teenagers staring poignantly out of windows, married couples discussing whether they should move house or not, high school football teams repeatedly leaving it until the last second to pull off a shock win against some local rivals. None of these things should appeal to me. I’m an English man in his mid-30s. And yet, something drew me back to Friday Night Lights time and time again. At one point I even genuinely cared that a teenage girl would make the wrong love choice and NEVER BE HAPPY. I literally have no idea what is happening to me, but this is AMAZING.

Owning multiple pairs of glasses
I wear glasses, not to be hip or edgy, I wear them because my eyes are basically shit. Without them I strain to see things and I get headaches. I also wear them because the idea of sticking a contact lens into my eye is about as appealing as prodding a big finger into my retina every single day for EVER. Hence, I’m forever doomed to spectacles, which always felt like a massive ball ache, until I recently realized that it’s possible to own more than one pair – this simple act of common sense has been a revelation. It never dawned on me before, but now I’ve got four pairs of glasses all vying for my face. It’s great. It’s like I’m in control for once.

King Prawn Naga
The standard for years has been a nice Chicken Jalfrezi, and to jazz it up I might go for one of those sweet naan breads with nuts in them. That was me on a wild day. But an accidental Indian delivery order made in a panic changed my life – it lead me to a red molten sauce with chunky bits of fish meat in it that were somewhere between a frozen prawn and a lobster. Turns out this stuff is amazing. It’s hot to the point where it’s just the right side of uncomfortable, and if I could eat it every day I would. But I can’t.

Breaking Bad
Nothing is ever likely to topple The Sopranos as my greatest ever television program, but by gum, this show is nipping at its heels. As a Seinfeld fan, I knew Walter White as Tim Whatley the dentist, or from Malcolm in the Middle as the human embodiment of Homer Simpson, so to see him going down a very dark road to become the most convincing bad guy I think I’ve ever seen on TV has been a marvel, a joy and a pleasure. All despite this being the TV show most likely to find you gnawing deep into your fist with angst. Oh and Jesse has the greatest screen voice on a white man since Christopher Walken.

Philip K Dick
Until about three months ago, I’d never read any Philip K Dick, and now I’ve read TWO of his books. To put this in perspective, I’ve read one and a half Martin Amis books, one of which I utterly loathed, and I still count him as one of my favourite writers. That means K Dick is definitely up there. He’s great. For ages I thought science fiction would be all spaceships, people speaking Klingon, warp factor nines, and hot alien women looking confused at talk of sexual intercourse, and I was basically right. But it’s SO MUCH MORE than that. It’s mind-bendingly freakish, gripping, intense, and in some weird way it’s often closer to reality than more grounded works of fiction. I love this shit. Absolutely love it. I’m deep like that.

8 Collectables you WISH you owned
Hey let’s all enjoy some Mitch Hedberg!