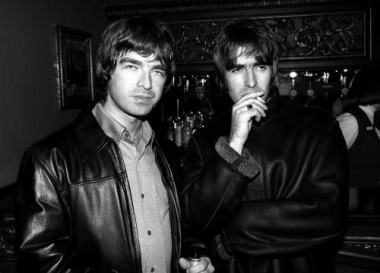 The debate has been raging for months and years and will go on literally until the end of time, but I’ve finally cracked it – I’ve compiled a list of the Top 20 Great British Bands of all time… according to me. It was a painful, emotional and often unnerving experience, as I watched groups that  I adore trundle along the imaginary conveyor belt in my mind, only to clumsily fall off like overfilled cardboard boxes right at the very end. Amongst them The Rah Band who could boogie with the best of them at one point, Dexys Midnight Runners who were consistently excellent, Massive Attack who provided anthems for 1990s dope smokers, The Jam, The Smiths, New Order. Loose Ends. The Shadows. Average White Band. I secretly like Duran Duran and The Pasedenas. Even Wham! One of my guilty pleasures is Young Guns by Wham! I fucking love that track. But in the end I got there. You won’t find Coldplay, Keane, Radiohead, Blur or Oasis in this list. Basically because I don’t like those groups. Neither will you find Queen on account of me not standing them, which is unusual… 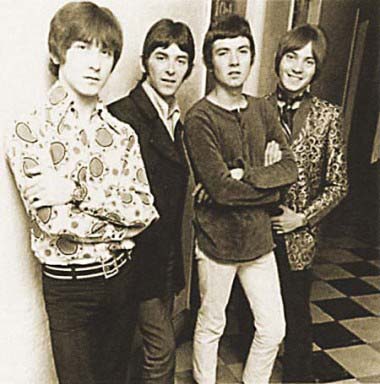 The greatest band of them all for so many reasons. They dressed in fine outfits made from continental thread, they weren’t alarmingly tall which is neither here nor there, but most importantly they made great tunes, made even better on account of Steve Marriott having the howliest British rock roar of all time. When Marriott eventually flounced off, they famously dropped the Small and employed a guy with a dreadful cough called Rod Stewart. 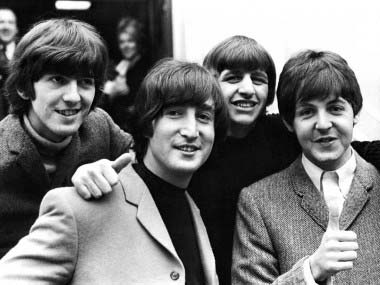 Everyone likes The Beatles. Everyone. Even people who go on about how much they hate The Beatles secretly get home every night and dance naked in front of a mirror to Twist and Shout or Hey Jude. They’re just really bloody excellent, even Ringo who had a foghorn voice and was hilariously considered the twelfth best drummer in the band. Both Revolver and Rubber Soul would make my all-time top 100 albums list. The below track, however, features on neither of those records. 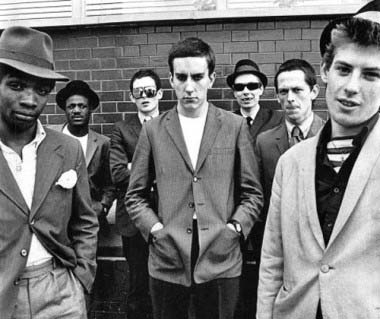 For those who don’t remember 2-Tone, it involved wearing clothes that were a touch too tight and running on the spot to reggae played a touch too fast. So in short, it was fucking amazing, and of the swathes of bands that bum rushed the charts this one was the best. Their presence here means there’s no room for Madness, The Selecter, or Bad Manners. Although there never would have been room for Bad Manners anyway. No offense. 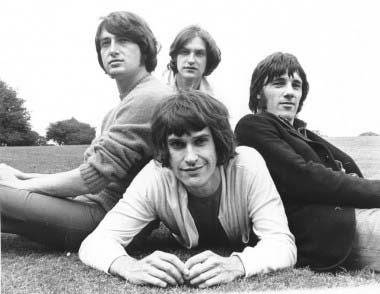 The quintessential English band, that’s what everyone says about The Kinks. They’d sing about things like sipping a cup of tea and bonking the vicar’s wife, or about a buxom man-women they met in a seedy Soho coffee shop. All with a wry smile, a cheeky wink, and a fist punched into the crease in their forearm accompanied by a big chorus of “phwoooar look at the arse on that!”. Without them we wouldn’t have bands like Blur, which may or may not be a good thing. It would mean no almighty cheese prick Alex James. Yeah, perhaps we hate The Kinks. Actually no, we love them. Sorry. 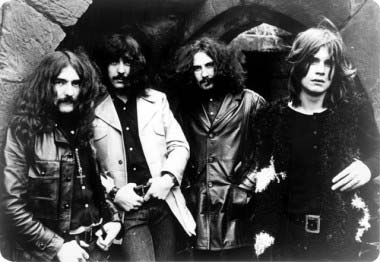 Before he married a frumpy lady in a floor length Laura Ashley frock who was the opposite of his usual crumpet called Sharon Arden, Ozzy Osbourne was in a band called Black Sabbath, and they were really really fucking loud. So loud your ears would actually grow skin over them during the course of an album. So loud that voices in your head would start to exist just to tell them to stop. So loud that you wouldn’t hear an explosion unless it was actually in your face. So loud that they keep other heavy rock bands like Motorhead, Iron Maiden and the Zep out of the top 20. Which is ridiculous when you think about it, because the Zep were AMAZING and should definitely be on this list. And yet they’re not. 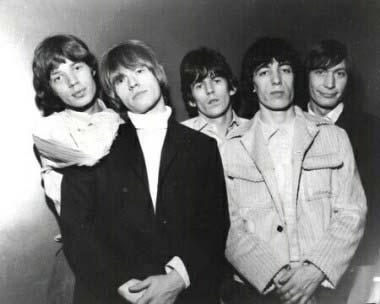 Old Rubber-Face and the girls have been around so long and now look so old and decrepit like a collection of line drawings wearing suits that it’s hard to remember that when they were younger they were great looking like hot European chicks and innovative like serious German scientists. They were dangerous innovators and over the years they have produced some outstanding music moments.

7. The Jesus and Mary Chain 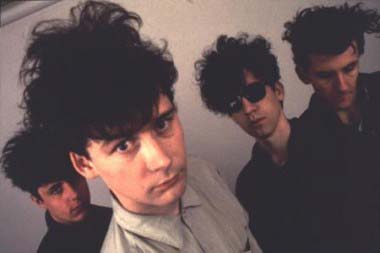 Don’t be fooled by the strange pissing noises and the fact these guys look precisely like glue sniffers, they’re the real deal. They’re artistes, which is French for artists. They’re also Scotiche, which is French for Scottish. The below clip comes with an introduction from the original Pixie Geldof – Paula Yates. 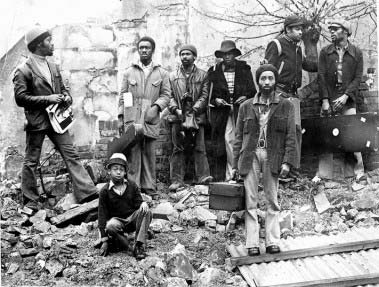 As funk bands go, the US had it nailed, but Cymande could go toe to toe with any one of them in the 1970s. Formed in London in 1971, they’re still going, and if you listen to this stuff for long enough your trousers morph into flared jeans and some wicked sideburns just appear from nowhere. 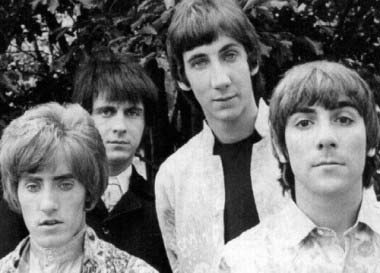 If it’s a loud 1960s mod band with buckets of attitude you’re after, try The Who. If you’re looking for solid 1970s rock featuring a man who was separated at birth from Kevin Keegs, try The Who. In the mood for a rock opera?…. you’re probably starting to get the gist of this. Like it when songs start all teasingly slow and then suddenly feature aggressive guitar licks and mad drum skills? I’m doing it again aren’t I? 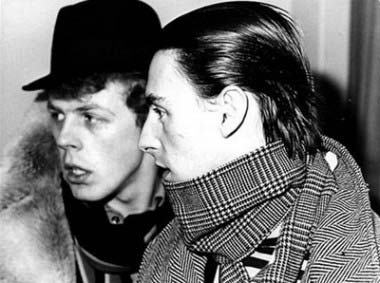 The debate will rage until the planet finally explodes itself on account of global warming, but who is better, The Jam or The Style Council? Both Paul Weller groups, they divide people. One were all jackets and haircuts, the other soft synths, a bit of sax, and men looking like they’d oiled up and recreated Brideshead Revisited. In my case, I like to take The Jam from October to March, then from April to September I prefer The Style Council. At the moment, I’m in an April kind of mood what with it actually being April, so you do the math(s). 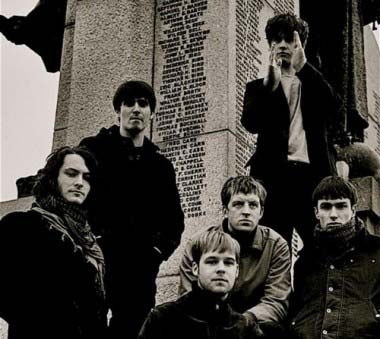 Merseyside has a great tradition in churning out fantastic pop groups, and these cheeky chappies follow in a great tradition that follows The Beatles, The Farm, The Boo Radley’s and Cast. Yes, most of the bands just mentioned are utter shit. That was the joke. These guys aren’t though, hence why they keep The Zutons, The Las and all manner of other floppy haircuts in tight jeans out of this line up. 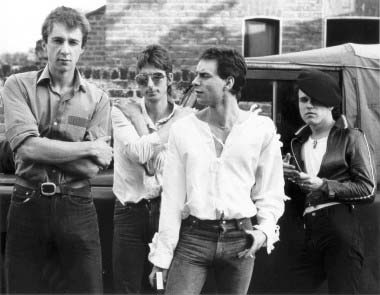 Time was when you could go for a job interview in a stuffy office working for THE MAN during the afternoon, then head off to perform your political socialist mantras on The Old Grey Whistle Test in the evening without bothering to change outfits. Above are post-punkers Gang of Four. A band that keeps Orange Juice, The Pop Group and Magazine out of the running for reasons of being ever so slightly better. 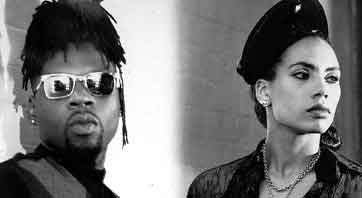 Jazzie B is the only human being who has ever dared to pick up a keyboard/guitar without looking like the world’s most stupid prick. Hence Soul II Soul keeps Young Disciples, Freeez, and Loose Ends out of the running. Just. 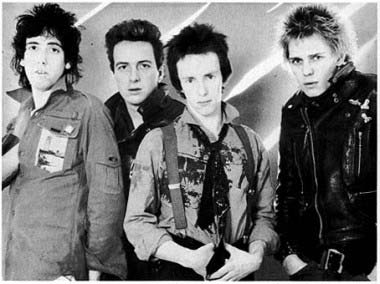 Probably three of the greatest front men of all time stuck into a single band, Jones, Simonon and Strummer were like three Springsteens, only not quite so palatable in a good way. The Clash were also the pick of the 1970s British punk bands, so they keep The Damned and the Sex Pistols off the list. 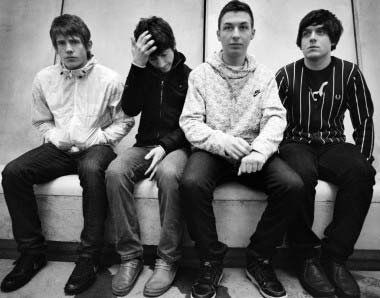 Definitely the most current band on the list, Arctic Monkeys are continuing the trend of nifty bands coming out of the Northern city of Sheffield, which is famous for making steel and generally being an incredibly depressing place for everyone involved – ABC, Pulp, Heaven 17, The Human League. Of that lot, these guys are possibly the best. They can’t quite beat local legend Joe Cocker though. Not yet. 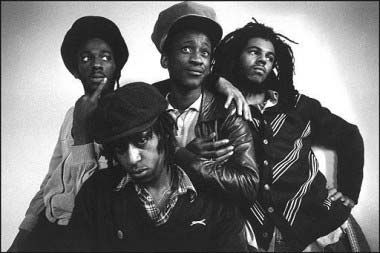 As a band, Aswad were far better than their international saccharine smash Don’t Turn Around would have you believe. An excellent, excellent reggae group, with an occasional singing drummer thrown in to boost them up to Warp Factor A Million on the Wicked-o-Metre. They keep UB40 out of the Top 20. 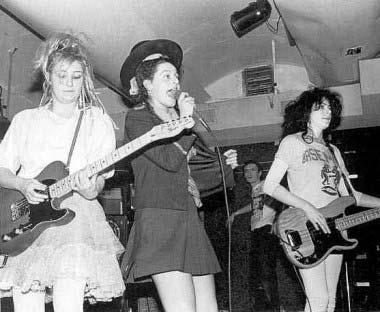 Long before The Spice Girls, Girls Aloud, The Saturdays, The Sundays, The Mondays, Little Mix and One Direction girl groups were already going super strong in the UK. Look at The Slits – below in 1979. Their lead singer Ari Up invented a revolutionary one-legged dance, which she’d occasionally practice in one of London’s many parks. 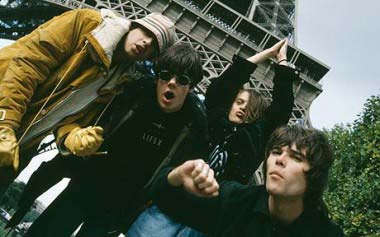 For a strange period in the 1990s, everyone thought it was cool to talk in a Manchester accent and walk around like a really arrogant version of Charlie Chaplin with their feet pointing in opposite directions. That was entirely thanks to the Madchester explosion that started when these guys detonated a pop-funk-dance-rock bomb and ended when the shaved gorillas in Oasis started throwing their weight around because they’d just that minute taken a bunch of coke. Oasis didn’t make the list.

19. Echo and the Bunnymen 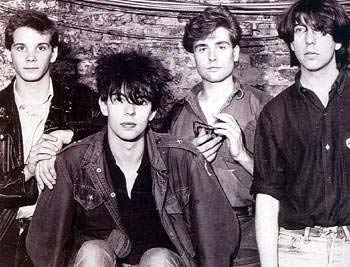 Although as a child the bitter disappointment of not seeing a rabbit on guitar or a big brown hare on drums would have me shouting and throwing bricks at the TV whenever these guys were on Top of the Pops, you just can’t fault them as a band. They’ve got all the ingredients: a guy on guitar, someone singing, a bloke playing bass, a wild feral animal smashing around on the drums. They keep The Smiths and The Cure out of the running. 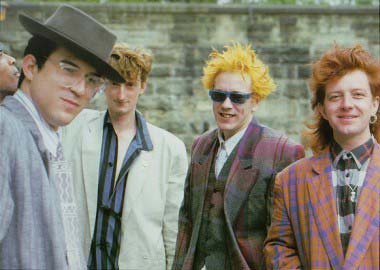 Johhny Rotten’s second most famous band, but my favourite of the two – they had a slightly less shouty thing happening, and proved once and for all that Rotten really can’t sing. Not that it matters.