Happy Birthday Bow Wow! Hey, remember how I walked out of that interview that time?

Josh Burt remembers their first and only encounter 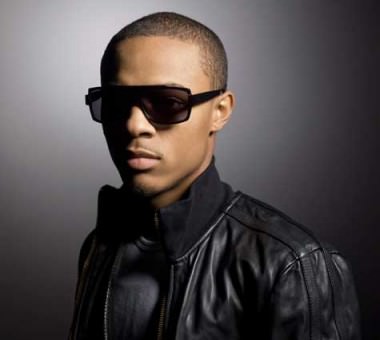 It was around ten years ago that I was dispatched from the office to interview a tiny little hip hop creature called Li’l Bow Wow, and what a day that was. One that I haven’t talked about or even remembered for at least seven years and four months. But now it’s his 25th birthday and he’s just called Bow Wow, and it’s all come flooding back. How time flies. Presumably he dropped the Lil bit of his name when he grew pubes and got all muscly and shit. Plus he probably worried that chicks might think it was an in-joke about his dong – that would be the opposite of sick. Sick meaning good. Anyway, exactly a decade ago he was over in England getting his rap on, doing his thing, and he clearly didn’t realise quite what a massive deal I was, as I should probably have figured when I turned up to the interview only find myself sitting around a table a lost face in a crowd of family members, bodyguards, bottom wipers, some kind of management team, PR people, a human sweeties dispenser, and then this tiny little hip hop guy with a hand-held computer game machine and a pair of Rick Waller trousers. I didn’t have an entourage. I traveled solo. “So, how are you finding the UK, Lickle… um… L’il? Little?…er, Lill Bow Wow?” I began, feeling self conscious for two reasons. Firstly because the room seemed to be getting fuller and basically no one was listening to me. Secondly, because I’d just realised that I didn’t know how to pronounce “lil” correctly. I began to sweat, he was ignoring me, I looked to his entourage for help – they’d shrug. He was on something like Level 21 of Mario Bullshit Land and there was no getting through. “Are you looking forward to meeting some British girls?” I asked because I was working for the kind of magazine that urgently needed to know this kind of information. “Uh-huh,” he replied, whilst probably jumping over a mushroom. “Do you have a girlfriend, Lil… Little… Liiii… Bow Wow?” “Beyonce” he lied, throwing a red shell at a dinosaur. “Right, well, thanks for your time,” I concluded, handshaking the air between us, “enjoy the rest of your stay.” I left the room in a humiliated silence, unable to cope with these kind of conditions any longer. I’d tried my hardest, and may or may not have fashioned a bit of a limp-strut on the way out to style it out. I can’t remember. I can remember that I’d clocked in at around 98 seconds.

On the plus side, the lead singer from Savage Garden walked out on ME shortly afterwards, restoring life’s balance and realigning the planets.

Anyway, Happy Birthday Bow Wow, here’s you as a kid!