Not including this pair

Everyone has been going out of their minds with joy over that modern Sherlock Holmes caper. Even so, despite the exciting will they/won’t they bromance between Martin Freeman and Bendict Cumberbatchington-Smythe, they haven’t yet done quite enough to grab a spot on this list. A list which also saw Tango and Cash, Doyle and Bodie, Scooby and Shaggy, Crockett and Tubbs, and Turner and Hooch fall by the wayside… 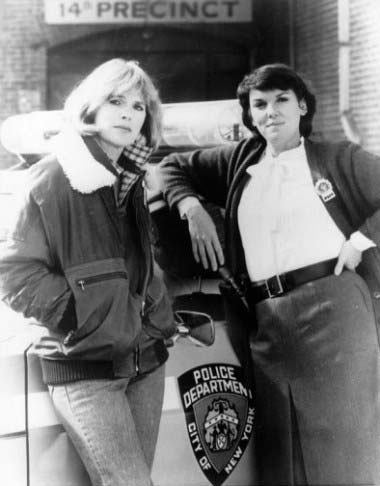 The greatest poe-leece ever, and lovely ladies to boot. As with so many classic cop pairings, one was a hysterical wild card forever a single surprise sneeze away from bricking up the room, the other a family man/woman. And similarly to the great 70s pop band, Abba, hours could be devoted to debating “blonde” or “brunette” – only in this case, there was the added “neither” option for those who didn’t quite fancy it. You don’t HAVE to have sex with everyone, you know? Anyway, on top of being the best crime fighting twosome, Christine Cagney and Mary Beth Lacey are quite probably the finest female television characters ever created. And that includes the girl Lund. 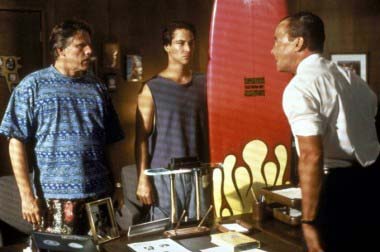 Hollywood has long enjoyed pairing the old head with the young rookie, but the best of the lot can be found career peaking in the greatest movie of the 1990s, Point Break. Keanu Reeves plays a young high achiever with a one-tone voice dicking around with some surfers on an undercover job, whilst Gary Busey puts in the second best performance of his life behind Big Wednesday as a cop who has seen it all, eaten the pie, sailed the boat and bought the t-shirt. This relationship exceeds father and son, it’s more like elderly husband and his very hot young boyfriend/mistress. 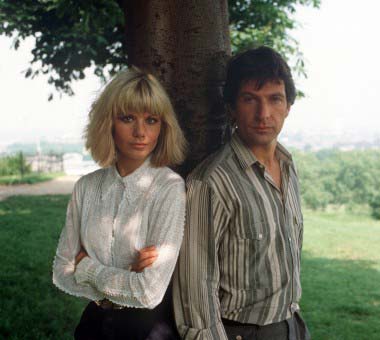 By far and away the hottest couple on the list, the bubbling chemistry between the two could partly be explained by the fact that they were busily having it off in real life. Him a smart-arsed American who knew his way around a gun and a quip, her a sultry English rose with hair as blonde and feathery as a chicken that does Marilyn Monroe impressions, to be arrested by them would be the criminal equivalent of being kissed unconcious in front of a clown. 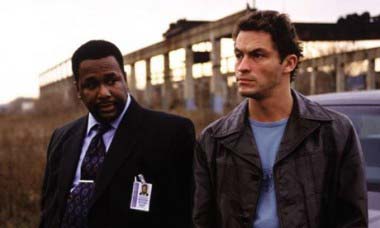 Kind of like a grittier, flawed version of Riggs and Murtaugh from Lethal Weapon – so it goes,  if you were lying dead on the corner, you’d want these two standing over you looking for clues. These guys even made drinking cheap whiskey by a deserted train track look like a fun lads night out. In bromantic terms, their story is as moving as Brokeback Mountain, only without the wild man sex in a tent, followed by bogus fishing trips that end with more man sex. But probably in boats.