Why Spiral is probably the best show on telly… perhaps 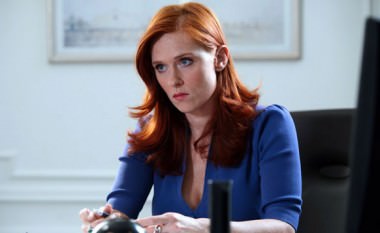 Lots has happened in the year or so since Interestment last peered through the curtains at the entertainment industry. Music has got worse, good movies now require no words, but television – that’s a whole different story. TV is on the up and up and up. Back in 2009/10 we were all about The Wire, and in the throws of Mad Men mania. The Sopranos was the greatest show of all time, and basically still is. But since then, there’s been wave after wave of brilliant television. The Killing, Boardwalk Empire, the one last night with My So Called Life in it. But top of the pile for us is Spiral – or Engrenages if you want to get all French. Here’s a short list of reasons why it’s bloody great…

It’s in French but it DOESN’T MATTER

Yes, it’s FRENCH. The title is French for “cogs”, and when you watch it, you need subtitles to help you piece together the storyline. Without them, it’s just a series of intermittent shrugs, and people going “bloopy, poopy, blah blah, boff”. But once you’re used to reading and watching, it opens up a whole new world of television amazingness. Plus, because it’s in French, when you tell people about it, they’ll automatically assume that you’re cleverer than them.

The Killing was great. There was no end of fun in looking at that retro jumper, or introducing yourself to strangers as “Trooooooeeeelllzzzz”, but it was like a bad house guest in that it seduced you, gave you a portion of the good stuff, but then refused to leave for absolutely ages. Twenty episodes – that’s at least eight too many. Which is where Spiral comes in. It clocks in at around twelve episodes per season. Twelve months in the year, twelve signs of the Zodiac, twelve apostles. Twelve episodes of Spiral. It’s like it were commanded in the scriptures.

Ah man, they’re all so HOT!

It’s no secret that French people can often be great looking, but some of these lawyers are so hot it’s CRIMINAL. For the girls there’s Pierre, played by Gregory Fitoussi, who looks like he’d get you off a murder rap, then dance his darting tongue all over your favourite erogenous zones. For the guys, it’s all about Josephine – played by Audrey Fleurot – who is the kind of dangerous, beautiful cow whose face you’d get tattooed on your thigh. She might actually be the greatest woman of all time.

Judges in France are CRAZY ONIONS

You know how judges in Britain are basically weird Miss Havisham types who are covered in dust and angry about everything? In France, they’re totally different. Their judges don’t just sit around banging gavels and shouting at people to behave, they get out there on the streets, prodding bodies, peering through magnifying glasses. They get stuck in. They’re literally a leather jacket away from being as cool as Fonze “The Fonzie” Fonzerelli. Only French.

It shows horrible stuff and sugar coats NOTHING

If a prostitute gets butchered in Midsomer Murders, an old woman splutters some tea while a kindly brain damaged policeman slowly explains the situation like he’s talking to a baby. In Spiral, they don’t bother with this sugar-coated bullshit, they show you the butchered proz, and demand that you DEAL WITH IT. But this is PARIS. Isn’t everyone supposed to be smoking in the bath and cycling down cobbled streets with elongated loaves of bread? Apparently not.