8 Things that will DEFINITELY happen to you at Uni 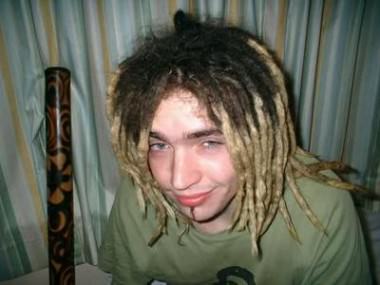 In the mid-1990s I went to university in Bristol. It was free, you even got a bit of money for going, and no one had an internet. It was a completely different time. A time when sociology degrees still meant nothing. A time when no one had mobile phones, and only drug dealers had pagers. But have things changed that much over the years? Or will new students definitely be falling into the same twatty manholes that shaped the adult I have become?

Here are some things that WILL/WILL HAVE happened to you. Tick them off as you go…

When you first arrive at university, chances are that you’ve never once cooked in your entire life. Hence there’s a lot of guesswork and poking around toasters with metal forks going on. One of my early discoveries was that if you fried bread, it morphed from BREAD into FRIED BREAD. I fucking loved fried bread. To the point where I became world renowned for my “Fried Bread Fried Bread Sandwiches”, which consisted of one bit of fried bread ensconced between TWO. If people turned down the offer of one, I genuinely thought that they must have already eaten.

You boasted about how little work you ever did

In literally no other walk of life will you receive kudos for being completely unmotivated, and yet my university years were peppered with conversations about how little anyone had done, or how they just didn’t bother with lectures anymore. Granted, it was free back then, so you know. Fuck off. Stop pestering me, yeah.

The day I went to university was the day that my clothes stopped needing my mum’s seal of approval first. Turns out this was a poisoned chalice. When I got it right, I got it right. When I got it wrong, I was walking down the street wearing a full Kappa tracksuit and flip-flops. Like a twat.

Fucking mainstream movies dude, they’re so corporate or political or something. Let’s get wasted and watch Gummo. The lesson here is that you should never watch Gummo. Not under any circumstances.

Yeah, you slept on a mattress

Somewhere on the planet there is a pile of lonely bed bases, which became orphaned from their mattresses before they can even remember. It’s distressing. I slept on just a mattress for three years. I also once moved out of my bedroom on account of an ant infestation (I saw three ants). I relocated to the middle of the lounge, where I would often awake to find groups of strangers smoking pot and watching me sleep. True story.

Please say you moved a wheelie bin into the flat

This actually happened – in a moment which felt exactly like a flash of genius, I decided that it seemed silly to take bin bags to a wheelie bin, when you could simply pop the wheelie bin in your kitchen and deliver your mess straight into it. Months later, I lifted the lid for an inspection and immediately threw up directly into that wheelie bin. It remained for another few months.

You turned your bedroom into a “chill out room”

So you’re having a party, huh? You’ve got a DJ who is pure vinyl – he’s got fifteen records. This thing is going to GO DOWN. It’s WILD. You know what you need? Somewhere to unwind. Somewhere where there’s reggae. Beanbags. Joss sticks. Some almighty prick juggling.

You convinced yourself you had an STD

In the same way that if you say a single word enough times it ceases to have any true meaning, if you examine your dick for long enough, you start seeing welts and aggressive rashes. Despite being the least-sexed human being ever to go to a university, I one day decided that a perfectly usual discolouration on my penis was probably AIDS. Not content to do things the normal way, I sprinted to A&E and waited for nine days to see a quack. He prodded the cock, looked at me curiously, and told me that there was nothing wrong with it.