Is this the winner? 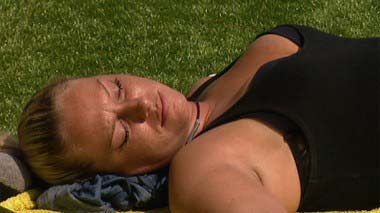 We’ll admit it, up until now Big Brother has taken rather the back seat to the World Cup. There’s just nothing like the sound of 50,000 horns emitting a very steady B Flat to turn a man’s attention away from the season finale of one of the finest shows of the last 100 years.

And no, that isn’t a massive exaggeration.

However you feel about the annual parade of freaks, nomarks, glamour girls, gaylords, WKD cretins, cock blockers, normals, smokey joes, plain Janes, losers, and dullards, Big Brother deserves a well intentioned slow hand clap for raising social awareness to all manner of strange and intriguing characters that move among us on the day to day. If you happen to be one of those revolting beard twisters who considers thing kind of thing to be beneath you, then you’re missing out. Last year was a vintage one, and this year has the potential to see this bizarre journey go out on a high.

Anyway, so to the current flock, already two down after the nation decided that they don’t like their girls too pretty, like Beyonce, or their young homosexual chaps to be too divisive during their cigarette breaks. Rather depressingly, in both cases the public evicted the wrong housemate. Both Govan and the Beyonce lookalike had the potential to embark on a journey of self-discovery. Him, to find his inner sensitivity. Her, to deal with not being considered the most beautiful goldfish in the pond. As it was, the voters knee-jerked and bollocksed the whole thing up.

Here’s the current lowdown on the remainder on the inmates: 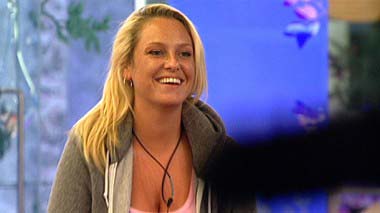 In previous outings, Big Brother’s girls-next-door have been a bit of a letdown. Either far too tits out (Sophie, last year), or cripplingly dull (Rachel, the year before). And yet, on both occasions, they won. Hence, really, it’s Josie’s to lose. Her advantage over the aforementioned twosome is that she seems genuinely sweet natured and funny, plus she actually looks like she might live next door to you. The fact that she’s also unknowingly pretty just spatters further fuel on her victory bonfire. 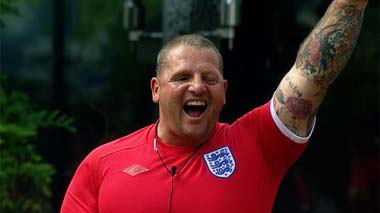 Every so often, Big Brother throws in someone with an affliction, intent on making the housemates feel like abominable bastards for nominating them. There was the blind guy a couple of years ago, and this year it’s Steve – a man who had his legs blown off when he was in the army. Unfortunately, the voting public now has a skin as thick as cow hide when it comes to picking their winner, so he will need to prove that he’s more than just a former soldier with metal legs and a body full of “art”  to win the thing. A good start would be to bin the frightening pretend eye. 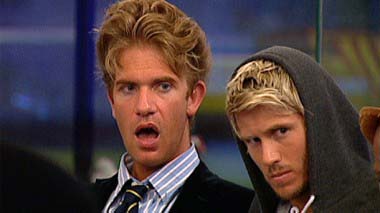 Make no mistake about it, Ben has the potential to go down in Big Brother folklore as one of the greatest ever. An impossibly fey toff, his bizarre relationship with Mario “the mole” resembles a very low rent reality television homage to Brideshead Revisited. Magnificent hair, confusing sexuality. He’s got it all. Won’t win. 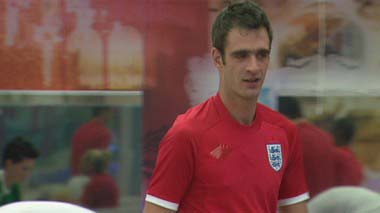 The moment Nathan strode into the house, firing invisible raver guns above his head like he was getting mashed up in Ibiza, we immediately wanted to brick him in the face. Nathan is everything that is bad about the world. The kind of person who drinks lager from bottles, deploys wingmen to aid his sexual bed quests, and probably owns a “pulling shirt”. People like Nathan should do everyone a favour and immediately castrate themselves. Then we’ll talk. 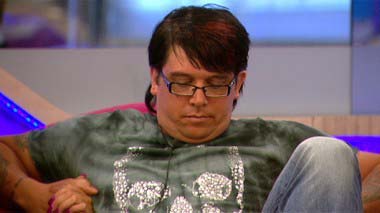 Oh dear. This is what would have happened if the character of Friar Tuck were rewritten as an impossibly desperate twat wearing a very poorly put together “mop top” wig. Dave is just appalling. To survive on Big Brother, it’s imperative that the central characters have an intriguing journey on which to embark, but, unfortunately, Dave has already traveled too far along his own road to stand a chance. On his own travels, he has discovered a way of getting drunk that involves channeling the spirit of God. Hmmm. 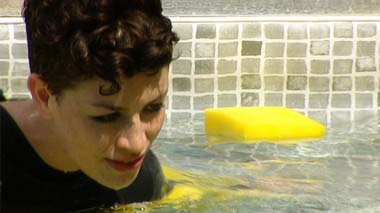 Just terrifying, Caoimhe wouldn’t look out of place staring into the blank middle distance at Warhol’s Factory, quite possibly in the grips of a far out heroin moment. It’s not often that Big Brother gets gifted the chance to pluck someone this painfully cool from their rightful home on London’s Brick Lane. Yet to say or do anything of much worth, she is currently part haircut/part lesbian bait. She may surprise us all. 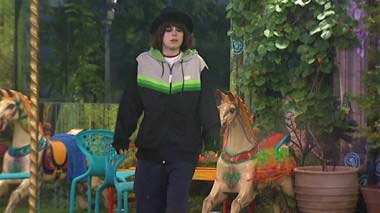 For someone who spends her time in the real world squatting in posh houses with her posh trustafarian friends – essentially living out the adult version of children pitching a tent and “camping” in the back garden – Shabby seems to struggle with communal living. This is most probably because, unlike the squatters back home, this lot aren’t quite so impressed by a rich kid dressed like a Charles Dickens orphan pretending to stick it to the man, even though – in actuality – one day she most definitely will be the man herself. Clumsy social insights aside, she’s exactly how you’d expect a former child actress to turn out. 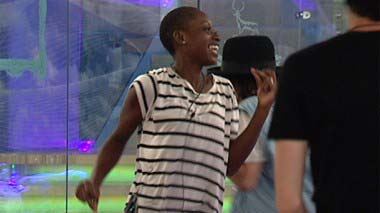 It’s no real surprise to know that Ife is a backing dancer by trade. That’s exactly what she is here. Not as pretty as Beyonce, not as interesting as the other girls, not as Godly as the mad monk. She’ll survive the early stages, because the bigger characters will attract the nominations and votes, before joining the likes of Steph, Dale, and Elizabeth as marginally successful Big Brother contestants who you had totally forgotten about. 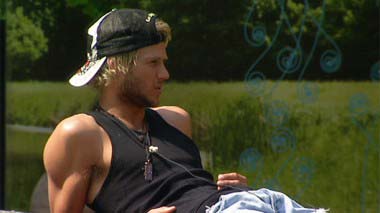 As things stand, John James is borderline brilliant. Flying in the face of young Australian stereotypes, he’s more like Alf from Home and Away existing in the body of Scott Robinson from Neighbours. Magnificently cynical about pretty much everything, he doesn’t suffer fools gladly, which means that he’s really got his work cut out for the next few weeks. A potential winner.

A drug free reimagining of Amy Winehouse, there is lots not to like about Sunshine. Mainly the fact that she calls herself Sunshine. And yet, she will have benefited heavily from the group’s early decision to rally against her, earning important sympathy points. In real life, she’d turn up at a party, and within minutes the congregation will have silently disbanded to find their fun elsewhere. Annoying. 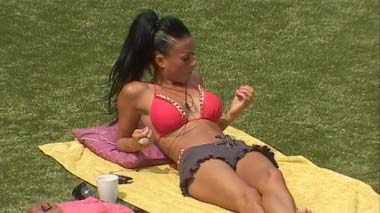 Unfortunately, if Josie slips up, Corin might win the thing. This would be a travesty. Offering little to proceedings beyond a wide-eyed admiration of absolutely everything, she seemed over the moon to have learned the word “vocabulary” whilst being in the house. This would be ironically funny, were it not also completely terrifying in a look-at-the-state-of-the-world kind of way. Thick barely even covers it. Between them, her and Shabby are giving lesbians a very bad name.

Mario’s alright. Thanks to his unusual position as a randomly selected housemate, he is the everyman of the house, and seems popular with the voters. An outside chance at best, there’s not much to say about him, except that he’d really like to have sexual intercourse with Ben, and doesn’t care who knows about it.

9 People who should perhaps have given Big Brother a miss
Go mental everyone, weekly football is BACK!