Including one with this guy! 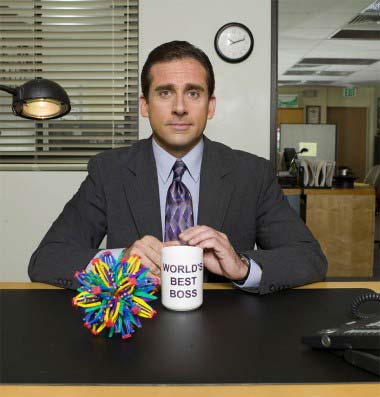 If you’re anything like a certain member of the Interestment Family, then you’ll like to spend your evenings methodically working your way through a pile of television boxsets. They’re literally the best thing ever invented, besides perhaps weak lager, and the very real possibility of one day making it rich. Oh, and cheeseburgers. Lovely, delicious, great big bags of cheeseburgers. In fact, whoever thought of adding a slice of processed cheese to a hamburger should have a statue erected and be WORSHIPED for generations. Can you imagine a world without cheeseburgers? It’d be totally lame. Yeah, cheeseburgers are cool. Anyway, stomach rumblings put to one side, the point is that much “research” has been done to uncover the best US Sitcoms OF THE MOMENT – shows that could follow Larry Sanders, Arrested Development, Seinfeld, Cheers and Friends into the pantheon of greatness, and these are the four that are in with a shot. Just missing out were Eastbound and Down,  Parks and Recreation, Two and a Half Men, and Curb Your Enthusiam (simply because it’s already made the aforementioned pantheon)…. 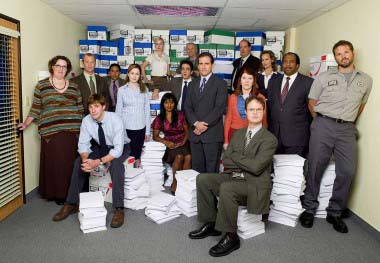 The UK version of the show was a masterpiece, but – dare we suggest it? – the US version is EVEN BETTER. Now stretched out to six brilliant seasons and counting, it is quite probably the funniest show currently on TV. The premise is more or less the same as the original, but as things have progressed, the show has become more conventional in terms of set up and humour, but without losing any of its magic. Literally every single character is magnificent, but in particular Steve Carrell as Michael Scott, and Interestment favourite Ed Helms as Andy Bernard (aka The Nard Dog). Plus there’s a genuinely touching romance spanning throughout. 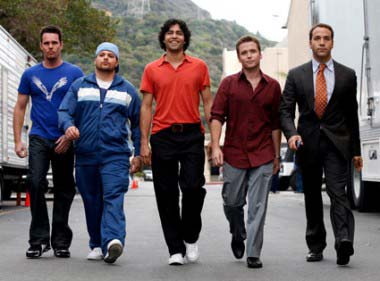 Entourage is basically Sex and The City for boys, and although that sounds like a really bad thing, actually it’s not. If anything, it’s rather good. Both shows run the parallel of featuring a main character who you would joyfully observe clumsily sliding in dog dirt on a wet pavement, and yet both shows make up for the hideousness of the programme’s official face with a host of magnificent supporting characters. In Sex and The City, it’s the one from Mannequin who bangs like a sailor, whilst here it’s Hollywood actor Vinnie Chase’s agent, Ari Gold.  Matt Dillon’s brother, Kevin, is great in it too. 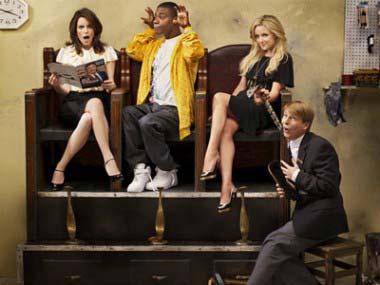 30 Rock deserves “props” for numerous reasons. Firstly, for creating a female character who isn’t pristine, and totally desperate to be loved. Secondly, for taking the already-excellent Alec Baldwin and shooting him somewhere into the stratosphere. And thirdly, for surrounding them with fantastic maniacs. On the downside, whilst the shows above seem to steadily peak, this one does seem to have lost some of the original lustre. Interestment’s advice would be to rely less on famous cameos, cut the annoying stable boy out completely, and then let nature take its comedy course. Still better than anything in the UK. For years, actually. 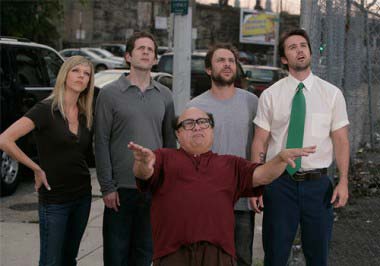 Ridiculously, this hasn’t been picked up by any UK TV channels. It really should be. It’s essentially the story of Cheers, only, in this case, the bar is run by a gang of unbelievable/brilliant cretins. Plus there’s the added thrill of Danny DeVito dusting down his sitcom tights, and appearing as a regular character from season two onwards. Primary themes include: racism, abortion, underage drinking, cancer and guns. And that’s literally just the first five episodes. This is edgy stuff. And it’s definitely more hilarious than everything we’ve just said.

Fancy investing in fashion and making some MONEY?
9 People who should perhaps have given Big Brother a miss