The Natives – didn’t quite make it 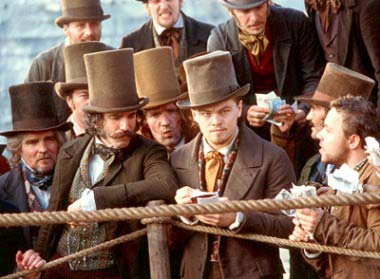 As everyone knows, children need to be in gangs – where else are they going to learn about petty crime, how to correctly administer drugs, and pick up extremely important love making techniques? The problem is, there are so many gangs knocking about that it’s damn near impossible to choose which one to join.

With that in mind, here are the four greatest gangs, as featured in movies. The Regulators from Young Guns, The Crips/Bloods from Colors, and The Natives from Gangs of New York (pictured)  all just missed the cut…

The Baseball Furies, from “The Warriors” 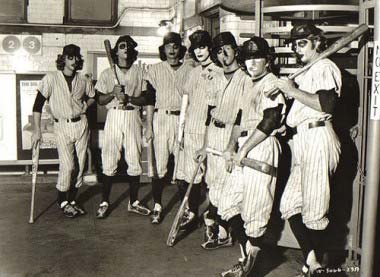 Probably the most essential component of gang culture is the outfit – it’s basically what convinces kids to join in the first place. And by far the greatest gang costume of them all belongs to The Baseball Furies from The Warriors. It comprises cool sportswear, facepaints – which are great fun – and baseball bats. What kind of child could possibly resist such get up? Granted, they did get rather done over by The Warriors, but their sinister clown faces will forever trump brown leather waistcoats. If they were enlisting adults, we’d be made up and smashing telephone boxes before nightfall.

The Mods, from “Quadrophenia” 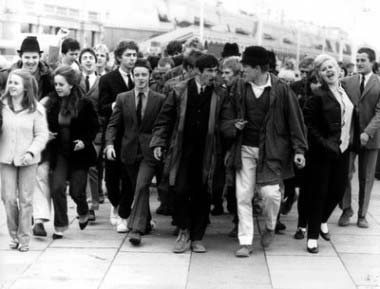 In the olden days there were gangs. In fact, gangs go way back. There were Greek and Roman gangs, Jesus had his own gang – The Apostles aka The Disciples aka All Saints – in the Wild West they were everywhere. And then in 1960s London – as depicted in Quadrophenia – there were The Mods. Mods were excellent, with their wonderful tailored suits, their multi-mirrored mopeds, their awkward sex down alleyways. Gangs have never looked quite so fantastically stylish. So much so that this film even managed the unthinkable by making Sting seem like a bit of a dude.

The Jets, from “West Side Story” 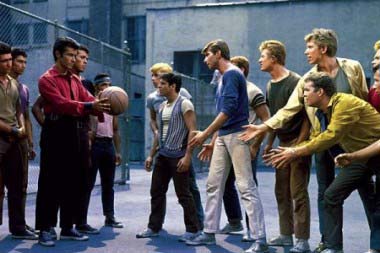 Granted, The Jets might have been a little bit racist, with their rather jaded views on their more ethnic neighbours – specifically members of their rival gang, The Sharks. But they sang really good songs. And they had excellent dance moves. Okay, fine, this might not quite be enough to forgive their startling narrow mindedness, but remember, this was the 1950s. Paul McCartney and Stevie Wonder hadn’t cured racism with Ebony and Ivory yet. Plus, we’d want to be Tony anyway, and he definitely wasn’t a racist, because his girlfriend was foreign. Here’s their best song…

The Greasers, from “The Outsiders” 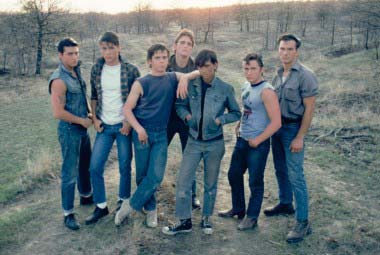 For those who haven’t seen it, The Outsiders was probably the greatest film ever released in 1983, if you don’t include War Games, Scarface, and Trading Places. It was definitely better than Porky’s II, and at least on a par with Christine. Basically it was up there, and if street gangs were your thing, this had two of them. On the one side a gaggle of rich kids called The Socs (pronounced “soashes”) who had no stand out celebrities in their ranks, then on the other were The Greasers, who included Patrick Swayze, Tom Cruise, Rob Lowe, The Karate Kid, Emilio Estevez, and the peerless Matt Dillon – who, at one point in the film, asks Diane Lane about the exact colour of her pubes. He was one smooth potato alright.

Album covers analysed: Suicide, Suicide
Sooo, what would YOUR political policies be?