Including this impressive gentleman 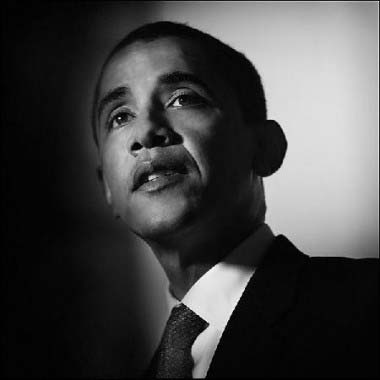 And so to the end of the Top 100 countdown of things that have made the last ten years better – from foods to eat, to songs that sound brilliant, to amazing people, to nice shoes to pop on your feet. Remember, this in not a chart, it’s just a gargantuan list of excellent things. Big thanks to all of the Interestment Family for their wonderful contributions to what must be one of the most magnificent lists of all time.

In the 1960s there was Aretha and Tina. Then the 70s saw the likes of Gladys Knight, Patti Labelle and Chaka Khan. The 80s were marked by Anita Baker, Sade, and, of course, Whitney Houston. The 90s belonged to modern soul singers like Mary J Blige and Lauryn Hill. And the 2000s have been dominated by just one woman – Beyonce. An absolute marvel, definitely up there with the greats. 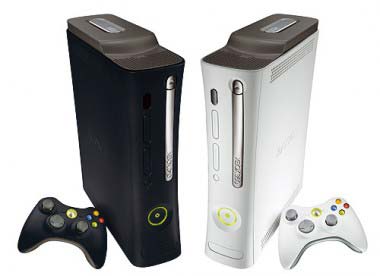 The beginning of the Millennium saw the Playstation 2 dominating lounges all over the world, but these days, it all looks a bit twee and rubbish. It’s all about Xbox 360s now, baby. They are super-realistic, and there are now so many games that allow embittered office workers to sit at home shooting up innocent bystanders that murder rates have presumably gone down. 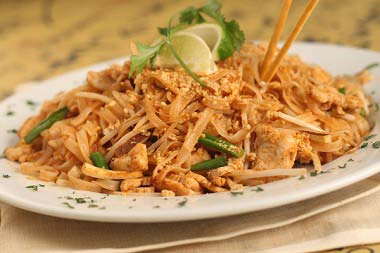 Thai cuisine was once only available to arch morons called Ed who decided to bookend their university experience with costly trips to South East Asia, where they could get off their tiny tits at Full Moon Parties and return home with a single dreadlock to remind them of the time that they were truly free. Now we can all enjoy a plate of sticky rice/pad thai, because there are Thai restaurants all over the place. Put that in your hash pipe, Ed! 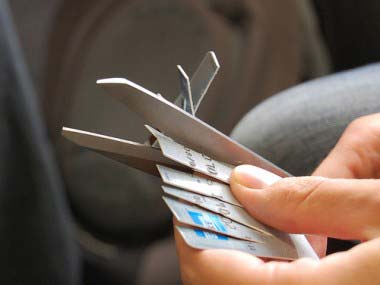 Periods of financial devastation are not fun, and this particular recession has directly affected more than one member of the Interestment Family. It’s been a humbling experience to say the least, only slightly improved by the fact that – for a time anyway – the strutting peacocks oozing through “the city” finally had their arses bitten by the unforgiving jaws of Karma. That made it marginally worthwhile.

In the same way that George Clinton transformed the face of Funk in the 1970s, making it all rather swishy and glamourous, Andre 3000 somehow managed to take the ball-grabbing machismo of hip hop and make it into something all the more intriguing and bizarre. Plus, he made the greatest party tune of the decade while he was at it (above). 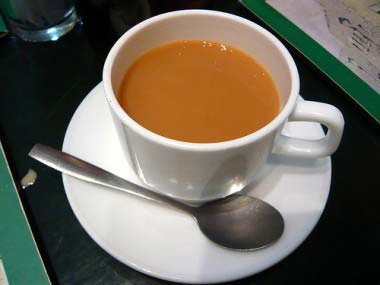 A great idea that came to me in the last two years of the decade: if you’re stuck in the house on a cold winter morning, play ‘Pimp my Ride’, but with a cup of tea. Hence the name: Pimp my Tea. Why not double bag? Double bagging sounds rude, but it’s actually a very sensible approach to consider. Like an itch you just have to scratch, it gives you that hit you’ve craved for so long. It opens your doors of perception with a loud “Fuck you, credit crunch, I’m my own man/woman/other!” When pimped, your cup of tea will bring new confidence. It will reignite your passion for life and remind you of who you are and where you are going. Probably.

Hands up who remembers the days when there were only four channels to choose from, and remote controls were just straightened coat hangers used to prod buttons on the telly from about three feet away. Sweet Baby Jane those were hard times. It’s all so different now though, as anyone with a zany Sky + set up will attest to. Just poke a soft sponge-like thumb onto a few nifty buttons, and you need never watch boring news programmes again. 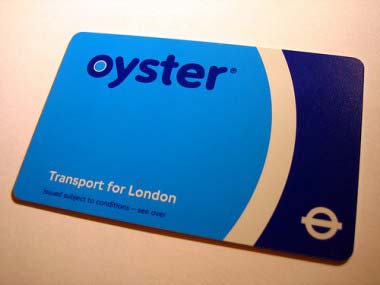 Nothing stuck in the collective craw quite like standing behind a mob of Spanish students all desperately attempting to decipher how to correctly insert a tube ticket into a small ticket-sized hole at an Underground gate. Hence, once the Oyster Card sprung into action, the day-to-day Londoners could glide in liquid motion through the barriers, all problems evaporated. Yes, the clueless Spaniards are still there, but now we get to laugh at them over our shoulders as we calmly stroll through the next-door gate. Result. 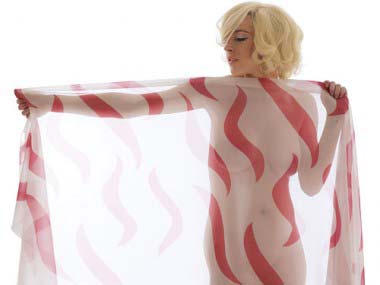 Every generation demands a celebrity maniac, and the past ten years have been hotly contested between teen queens gone bonkers. Britney went loco and started getting married all over the place, Charlotte Church went from cutesy operatic infant to looking like the kind of woman who would shout the C-word across a pub. But it’s Lindsay Lohan who has truly embraced going completely berserk. She now oscillates between casual drug abuse, getting her knockers out, and enjoying whatever it is that lesbians do when the curtains are closed with other women. You go girl! 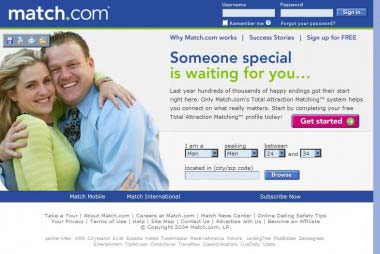 Impossible as it is to recall, but there was a time when men and women actually had to make an effort to meet one another. You might spot a beautiful young thing across a packed snooker hall at 1am, but rather than clicking a thumbs up button to let him/her know that you quite fancy a snog, you’d have to rely on your sparkling off-the-cuff wit to manufacture a sloppy meeting of tongues, followed, hopefully, by a proposal. Now you simply log in, peruse a gallery of potential partners, then immediately discard the ones who don’t look beautiful enough for your immaculate brand of cyber-flirting, and you’re off! One day, our children’s children will actually reproduce online. 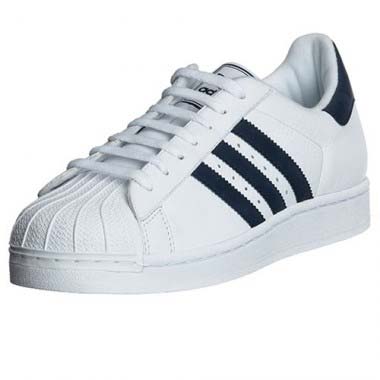 The Rolls Royce of sneakers, these were popularised by RUN DMC, and have remained “a la mode” throughout the last ten years – particularly amongst angry Grime loving urban youths. Rumour has it they’re called Shell Toes due to early b-boys eating vast quantities of oysters at breakdance festivals – the discarded shells of which would damage the toes of less sturdy sneakers. Or perhaps I just made that up.

It’s been a good decade for sitcoms, with the likes of Eastbound and Down, and Entourage certainly floating the Interestment onions. But nothing quite makes us so gleeful as half an hour with Larry David. Certainly one of the greatest shows of all time, it was with very excitedly wet underpants that we watched the pretend Seinfeld reunion shows in late 2009. Brilliant.

Put simply, anyone can be famous now, thanks to Youtube. Like Google and Facebook, it’s impossible to imagine that a world actually ever existed without this. You can watch bits of TV, home made nonsense, music videos, funny stuff. And above is one of our favourite Youtube shows.

Those lucky cheese-eating surrender monkeys over The Channel have never had it so good. Just imagine the French newsreader Melissa Theuriau telling you that the world was about to end in fifteen minutes. You probably wouldn’t even hear her say it. You’d be too busy jumping on the next Eurostar to woo her with a crispy pain au chocolat and a bottle of shiny Orangina. Vive la difference, mes amis! 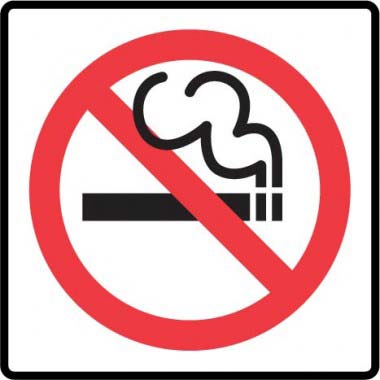 Again, this splits the consensus right down the middle, especially with about 40 per cent of the Interestment Family still partaking in a few drags of the smoky stuff from time to time. Some say that pubs aren’t the same without the dense fog of B&H smoke greeting you on arrival. Others love that your clothes no longer smell like they’ve been dry-cleaned by Dot Cotton. On balance, this seems to have worked. 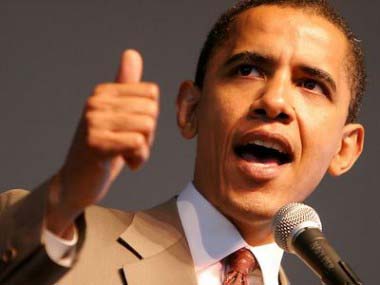 Having visited a small town in Alabama for a travel feature a few years back, and witnessed first hand the sight of old men in Grand Wizard KKK outfits line dancing (seriously!), the very notion of America ever willingly embracing a black president seemed ludicrous. A miracle. A big, brilliant miracle.

You’ve seen Jane Lynch before, definitely. She’s been in loads of TV shows, including hard hitting corpse and blood epics like CSI Wotsisface. But, don’t be fooled by that single piece of evidence, the woman is a comic genius. Her turns in Arrested Development, and a few of the movies by the Spinal Tap people have been inspired. As was her small role as a reformed coke head in Role Models – one of the underrated comedies of the decade. A funny, statuesque lady.

In every single way this is an exaggerated version of X Factor. The maniacs are even more barmy – in some cases, totally alarming – while the good singers can be absolutely phenomenal. Plus, unlike on the British version, the best singers tend to win. Apart from the gentleman above. He actually lost.

When rapper Cee-Lo decided to have a go at singing, his group, Gnarls Barkley, released an album – St Elsewhere – which was excellent. Unfortunately the lead single Crazy was so popular, it went to number one for what felt like the entire decade. Gnarls Barkley had to delete the song, so people wouldn’t get sick of it. Above is another song from their album, Smiley Faces, because we don’t ever want to listen to Crazy again.

A glorious forum for the sublime and the ridiculous, showcasing the best writers in the world. FACT.

Interestment’s Top 100 THINGS from the last Decade: 61-80
Things that look RUBBISH but are actually BRILLIANT: 1. Toes