Bill Gates, the big throbbing brain that splurged out Microsoft, which now rests on a giant bed of money, turns just 54 today. He’s achieved a lot in that time, all the while maintaining most of his nerd credentials. We like that, hence we thought we’d get him a gift, so we wandered around town pretending to be robots from another world, occasionally taking a break from making children cry to discuss present ideas. Pretty soon it had boiled down to a toss up between some sweatbands, or a clip of the greatest robots of our time, Kraftwerk. In the end we got him both. Happy Birthday Bill Gates (pictured, below)! 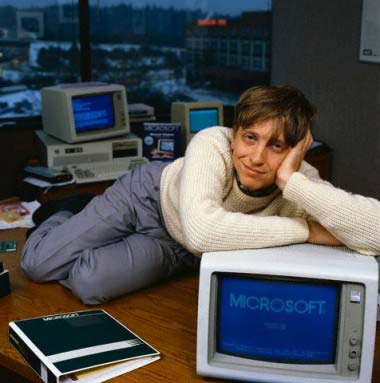