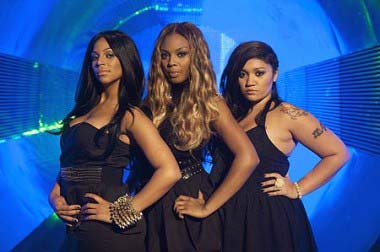 There have been a lot of tears shed in the sprawling Interestment offices. Lots. If you listened closely, you could hear faint sobbing coming from behind the photocopier, tear drops were heard splatting lightly into cappuccinos, and there was one very loud gentlemanly groan coming from the bogs. Why? Because Miss Frank were booted off X Factor, that’s why. We loved Miss Frank. They were our favourites. Given half the chance, we’d shower each one of them with soft loving kisses. Not in a sexual way, more just as a token of our appreciation. They were cool in a way that we shall never be. But now they’re gone. They said they’d stay together when Dermot asked them what they were going to do next, but we knew they were lying. They won’t stay together. They’ll go their separate ways, and the one that raps might land a very unsuitable role in Chicago.  Sometimes life is a cruel mistress. Damn you life! Damn you! Anyway, this week’s proceedings went something like this… 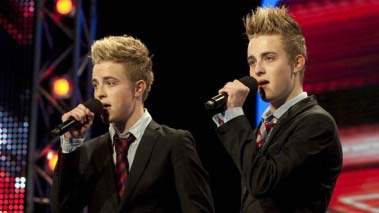 Louis was back from his grieving duties, and declared “I’m back, and I’m going to sort things out.” More accurately, he should have said “I’m back, and I’m going to NOT sort anything out whatsoever – if anything, I’m going to make things worse.” And now he’s in the crappy position of only having to tend to this year’s token comedy act, John & Edward – possibly the only identical twins walking the planet who have no telepathic powers. If they did, they might be able to move in synch. They sang She Bangs by Ricky Martin, whilst hysterically jumping up and down, as if they’d just found out that a girl in their class puts out. 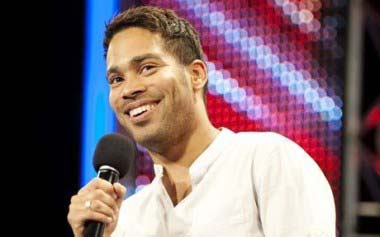 Of the over-25s, Olly kicked things off for the third week in a row. He’s the curtain raiser for that particular mob. The big revelation is that he owes his dad some rent money, which makes you wonder exactly when they started charging him to live at home. Was it when he was a toddler? When he became pubic? When? Was he paying for board and lodgings during primary school? Were bills included? Either way, such a troubled, expensive childhood might explain his need to escape through song. He fared pretty well. And he was the only over-25 to enjoy a pain-free evening. Jamie Archer had a shocker, as he took to the stage, clearly totally at a loss as to how to correctly tie his dickie bow, which he left embarrassingly draped around his neck, whilst he sang a U2 song, which neither suited the theme of the night, nor sounded particularly good – word has it that it was a rushed replacement for something a little more appropriate that he couldn’t sing properly. He made up for his lack of preparation by pointing to random people in the crowd to make them feel special. Then Danyl capped an appalling week for Cowell by landing in the bottom two, and having similar bow-tie issues to Jamie. His tongue, by the way, is unbelievable wide, like it’s been transplanted from a camel. He survived by pulling his Joe Cocker performance out for the sing-off. 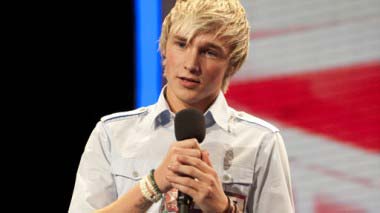 The boys were up next, with Lloyd – a young Welsh lad who, according to the pre-song video, only used to sing when fixing cups of tea for his father. He infuriated the judges by performing a back flip midway through Fly Me To The Moon. They might be wise to provide an on-stage kettle for his next performance, else he’ll probably forsake singing completely, and spent disco week doing press-ups to the Bee Gees. He’s really awful, but young girls probably think he’s hot. Then along came Joe to describe how being on stage in the X Factor is a bit like leaping from a moving aeroplane – a sentence that producers felt needed no explanation, as they quickly moved on to his “masterclass” with some American guy. Hence, we’re left to presume that he equates standing on a stage, tunefully singing a song with amazing death-defying acts of madness. He probably thinks that dancing to house music is like swimming with sharks in a pair of underpants made from steaks. He needs a reality check, that Joe. He’s living in a bloody dream world. On the plus side, the judges think he’s great. 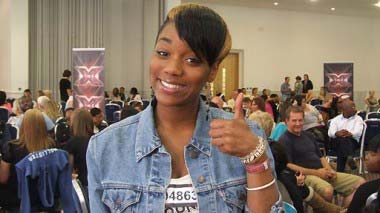 And finally, along came the girls, starting with Rachel, who wore a new hairstyle, and a dress fashioned from a piece of modern art. She sang Proud Mary pretty well, then proceeded to freak everyone out with a bizarre Stacey Solomon impersonation during her post-judgement interview. After two weeks in the sing-off, she’s clearly put two-and-two together, and realised that this demanding X Factor audience much prefers her co-contestants to her. Should she find herself in the sing-off again, expect to find her adopting a curious Irish accent, Eraserhead haircut, and an identical twin. Stacey, meanwhile, had a very rough week, which apparently culminated with her being locked in a room by Dannii Minogue. Whilst Lucie proved that she’s a great singer, but definitely the most boring contestant of the year. The only sign that she is on the show, according to her actual parents, is that they have slightly more food in the fridge.

Miss Frank to win! Oh, no, hang on, you’ve already ruined that dream, haven’t you?