Showbusiness: Clooney in sexy g’friend shocker, and a pop chinning

Handbags down, girls… and breathe 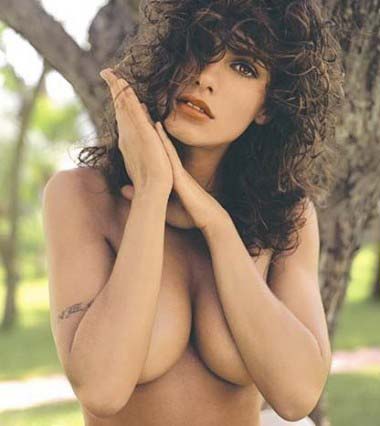 It was the premiere of Wes Anderson’s Fantastic Mr Fox last night, and, because of this damn postal strike, we didn’t get our invite in time. Either that or we weren’t invited, which would be a bit of a cock-punch, being that we’ve seen all of Wes Anderson’s films – apart from the one set in India, and the one about underwater documentaries. We’ve seen Rushmore and The Royal Tenenbaums. And we might have seen Bottle Rocket. We can’t actually remember. Was that the one where someone wears a jumpsuit? Whatever, Wes missed out, because we would have made for fantastic company. His loss. Still, Clooney was there, sending women into a frenzy with his salt and pepper hair, and his lazy smile, and the big news lighting up showbiz desks this morning is that he was accompanied by two hot chicks – one being Cindy Crawford, the other being his girlfriend, Elisabetta Canalis (pictured), who’s Italian, or Spanish or something. They both looked great, but – CRINGE! – they were both wearing practically identical outfits. Needless to say, some very well regarded Hollywood journalists have been dining out on that particular anecdote. Also in attendance were Sophie Dahl and Jamie Cullum, who don’t need CGI to look like they’ve been cast in Lord of The Rings. You can laugh at a picture of them below, if you find that kind of thing funny.

In other important showbusiness news, Pamela Anderson has left everyone reeling and agog by putting on a swimming costume, and Leona Lewis got chinned by a man who had queued patiently for hours just to sign his autograph on the face. 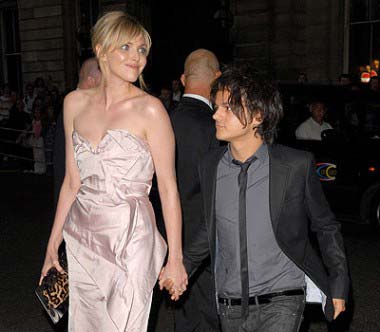