Including one of these people, but can you guess which one? 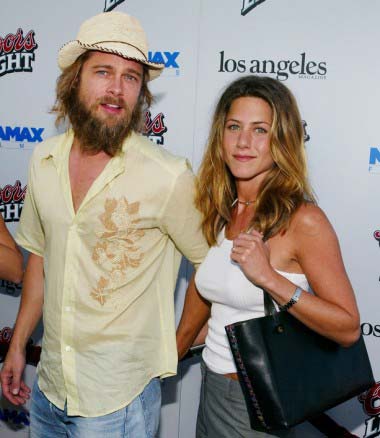 It’s such a drag for famous types, having to spend each morning sitting back in a chair, a warm towel draped around their expensive necks, as a kindly butler uses a flick-knife to achieve the closest shave possible. Hence why when they’re not in character, a select few like to let it all hang out, facially-hair speaking. Below are just ten famous faces that decided to allow Mother Nature to smear her ungodly fur all over their most valuable asset… 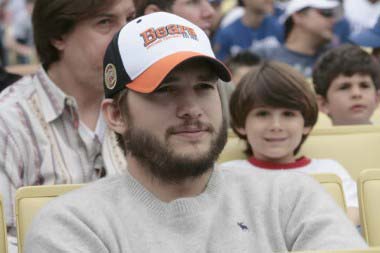 It’s no secret that Ashton Kutcher likes to fish for his women in rather more murky, mature waters. Hence why he spends his day-to-day getting taught a thing or two by his own Mrs Robinson, Demi Moore. Above, in what was presumably a move intended to snare older women, Ashton thought it wise to cultivate a gentleman’s beard on his youthful face. And yet he sits alone. 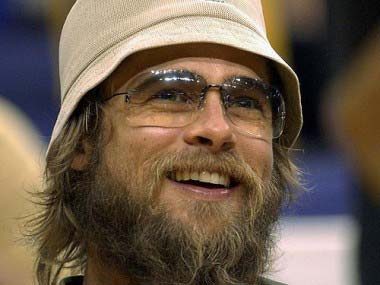 It must be a nightmare for Brad Pitt, being so ridiculously handsome. Hence, when he’s not smouldering into a camera lens on a film set, sometimes Brad likes to let his hair down – both on his head, and around his chiseled face. Damn it, he might even put a fishing hat on if that’s what he’s in the mood to do. And if there are some glasses knocking around, he’ll probably give them a whirl. The result – all girls still “would”. 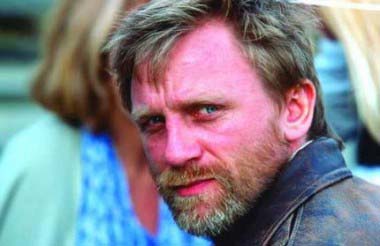 Bond, James Bond is a stylish character, with his suits, his little guns, and his ability to enjoy feverish intercourse one minute, then shoot a man in the face the next. All with barely a hair falling out of place. Sadly, in real life, Daniel Craig can have bearded off-days, as the above picture proves. We know what you’re thinking, and you’re right – if 007 turned up at work looking like that, Q would totally flip, Moneypenny would probably start weeping, and M would stab him in the heart with a pen that becomes a switchblade. 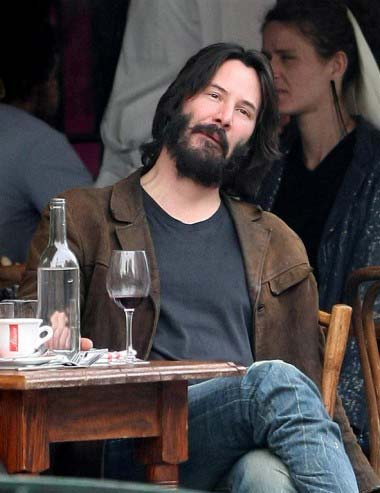 Keanu Reeves gives the impression of a man who needs people around him to keep him clean, well fed, and to help him learn his lines. We’re not saying that he can’t read. He probably can read. He just sounds like the kind of person who can’t read when he talks. Anyway, the point is that when he’s not being preened by stylists and taught how to read and write by traveling tutors, he appears to be incapable of shaving himself. Above is some proof. 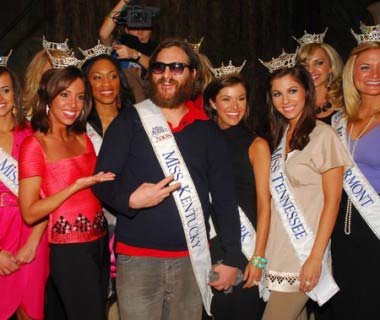 No one has ever been 100 per cent sure of the correct pronunciation of Phoenix’s first name – the consensus seems to be somewhere along the lines of “wah-kim” or “whack-him”. But, thankfully, none of that matters now, as he’s seemingly gone bananas, so “Bonkers Phoenix” or “Crazy-Face Phoenix” should suffice. And for those who don’t know, his insanity has manifested itself in the shape of a gargantuan beard that just keeps on growing. Although, some people seem convinced that it’s just a stunt, but since when have beards been a marketing strategy? (First one to say ZZ Top dies) 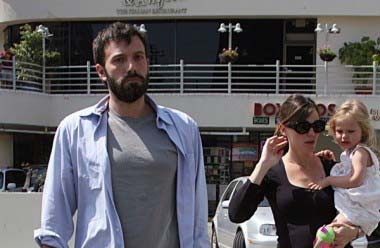 Someone in the vast Interestment office made a joke about how if they were Ben Affleck, they’d do everything they could to mask it. Especially grow a beard. But, surprisingly, for the most part, we’re not in the Ben Affleck anti-fan club. We actually quite like him – mainly for his roles in decent films like Chasing Amy, Dazed and Confused, and the one where he was the bloke who played Superman. Honestly, he’s not that bad. It would help, however, if he believed that himself, rather than stomping around Hollywood with his family, looking ever so slightly like an disgruntled tramp who looks a bit like Ben Affleck (see above). 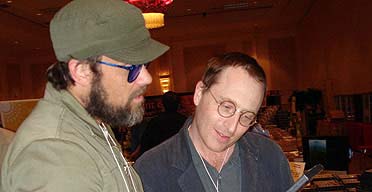 It’s an old soap opera ploy to illustrate a gentleman’s descent into mania by allowing him a beard and some tatty outfits. His unkempt appearance jarring with everyone around him, as if to spell it out that the guy has become a loser. A great big, beardy-faced loser. It happened to the main doctor guy in Lost, which is kind of a soap opera. And it happened to Robbie Williams when Take That rose from the ashes, smooth faced and sponsored by M&S, as he cultivated a rug for his smirking face and began mumbling about aliens. Thank sweet baby Moses that that particular chapter appears to be done. For now anyway. 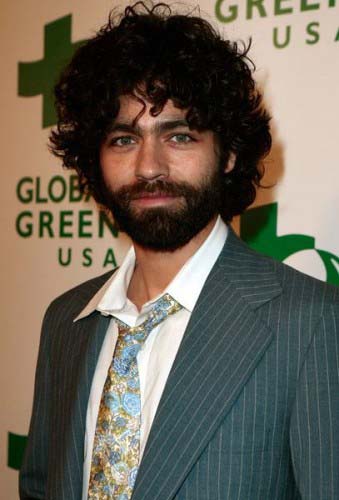 For those not in the know, Adrian is the star of Entourage – a great show. He plays the part of Vincent Chase, a Hollywood heart throb, who rarely goes unshaven. Unfortunately, in real life, Adrian is one of those Robin Williams types, who sprouts a full beard during an afternoon, so his downtime could either be spent relentlessly zapping hairs the minute they appear, or strolling about town looking a bit like one of those real life Chewbaccas who sometimes crop up in documentaries. He tends to go for the latter option. 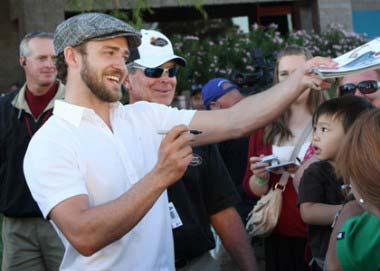 Like Kutcher, Timblerlake uses the beard as a mark of manhood. It’s the only viable option besides pulling down his underpants and silently pointing at his pubes. Pubes that presumably grow thick and mousey brown, just like the ones on his face. In this case, the beard works well, as it marks the singers new life as a successful solo artist, after his curly-haired stint as a boyband pin up. A functional beard. 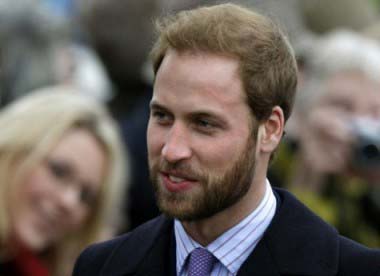 It must have been tough for William, watching Harry lord it up around town, getting all the royal cool points, smoking cigs, drinking voddies, racially abusing his army pals. So he did what any older brother would do to prove that they can still cut it as a rebel – he grew a damn beard. Take that grandma/Ma’am!