What the papers been sayin’?

Here are the highlights of today and the weekend’s happenings… 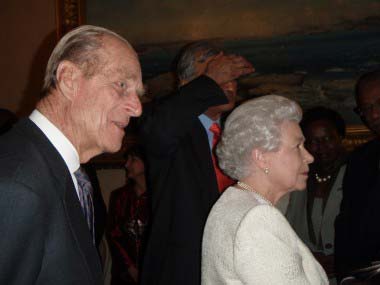 Home news: After being voted 21st best place to live in Europe last week (AFTER Belgium!), the UK continued its winning streak by being awarded the Number One Worst Place to Live in Europe. Simon Cowell, the Cillit Bang adverts and unattractive politicians were apparently contributing factors. Or maybe it was long working hours, poor annual leave and lack of sunshine. We forget.

Top celebrity stories: Motherly stock-cube icon, Lynda Bellingham is OUT of Strictly Come Dancing, despite the indomitable bosom she sported on Saturday night. And neatly continuing the cleavage theme, ex-strippers (but don’t mention it) Kandy Rain also took early showers from the X-Factor after appearing in costumes made from the off-cuts bin at Goths-R-Us. Clearly the gentlemen who read Zoo magazine were too busy wearing shirts and shoes, whilst eagerly massaging female boobs through their tops outside nightclubs to phone in on a Saturday night to save some strippers. On Sunday, Danii apologised for her Danyl-shaped gay clanger, which was almost as deplorable as her Saturday night hairstyle.

In Technology: One person who wouldn’t have been tuning in to the televisual high jinks however, was Buckingham Palace house-husband, The Duke of Edinburgh (pictured, with wifey). Without insulting anyone from an ethnic minority (for a change) he admitted to being baffled by notoriously complex piece of technical wizardry the TV remote control. “It’s necessary to employ a ten-year old grandson to for you,” he added in the interview posted on Youtube. Proving that child exploitation is still rife among the upper-classes.

Politics: The UK woke up this morning to the sound of thousands of nervously-pacing loafers as politicians anticipated audit team letters demanding that they pay back all of their falsely claimed expenses. The PM has already paid back £150 after mistakenly claiming twice for plumbing work (once for each tap?). Large numbers of MPs are considering hiring lawyers to contest the repayments, but are wondering whether it would be churlish to claim the fees back on expenses.

And finally in Sport: A woman of 100 won shot putt gold at the World Master’s Games in Sydney. Admittedly, she was the only person in the 100-104 years old category, but one should never split hairs with a great-granny that can bench press 108lbs. Inspire your nanna to hit the treadmill here: