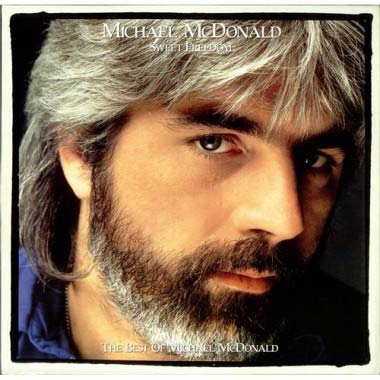 Of course, before this crippling financial downturn, we could all throw our money around willy-nilly. Hence why typical street-side dustbins were overflowing with untainted McDonalds meals, discarded by drunk businessmen who only nipped in for a cheeseburger and a McPiss, but thought they’d pay with a card, so ended up with nine Big Macs that they didn’t really want. Tramps were fatter, people were happier, and if you wanted to splurge a few quid on a record you wouldn’t normally buy, you’d just sandwich it between a few hipper items, like The Smiths, or one of those Stand Up and Be Counted funk compilations. Unfortunately, now that the pinch of the financial winter has grabbed us all by the underpants, musical purchases need to be well-thought-out, or downloaded on the sly. It’s a weird time for the song singing industry. Really weird. Which is why we feel a warm buzz of euphoria whenever we catch wind of a wonderful bargain. Just yesterday, friend of the site Dan-Dan stumbled across a rather acquired taste in his local Let’s Cure Diseases – or some such. “I’ve always secretly enjoyed the work of Michael McDonald,” he whispered from behind a pillar, “but never enough to fork out proper money for his work, so when I saw it going for second hand prices, I snapped it up – snapped it up real good.” Like Dan-Dan, we also could confess to having a secret thing for the grey haired, bearded, white soul singer. Even if his voice does sound a little bit like a muffled fog horn being sounded from over a nearby hill. So come on Dan-Dan, how much for this humiliating record? “20p”

Here’s a cut from the album…

What the papers are saying…
England gear up for Aussie showdown… again!