X Factor: The Auditions are OVER!

Now for the grueling bit… 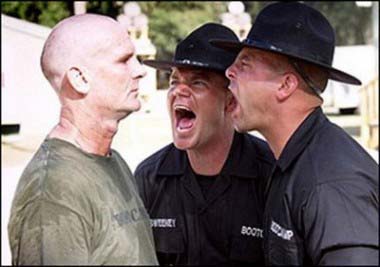 At last, the freak show segment of X Factor is over. It’s a very tired formula, and where once there was the shrill din of laughter at these tone-deaf fruitcakes, we’re now left with genuine concern. Some of them honestly appeared insane, meaning that the crushing humiliation in front of a cackling studio audience could easily have tipped them over the edge. In years to come, the coined expression “gone postal” could perhaps be replaced with “gone X Factor”? We shall see.

Either way, we’re now onto the second leg of the show – the bit where they all go to Boot Camp, and slowly begin to unravel. Joining the likes of Danyl, the one with the afro, and our favourite, Heshima Thompson, are a few faces from the weekend. The one to watch, according to the bookmakers, is the autistic chap, Scott, who decided to leave the house after seven lonely years to stand in front of a massive crowd, whilst singing Westlife. There may have been slightly less extravagant re-introductions, but Scott is clearly a man who likes to do things in style. He could well be the new Susan Boyle. A set of security guards did Boyz II Men, and did it well. And a girl who fancies herself as a bit of a Cheryl Cole stood weeping on stage until everyone relented and put her through. She will be treated in a far less sympathetic manner should she cock things up in the next round.

Others who impressed were Danny, or Daniel, or Dan? He was the one who used to be in One True Voice, but has now marked his departure from the band by restyling his hair, and impregnating his lover a couple of times. Apparently he’s a great guy. Two girls who looked a little bit like Leona Lewis as glanced through an empty pint glass got through. And Simon seemed very taken with a young street criminal, whom he described as “current”.

Danni Minogue is now merely a subliminal judge who flashes into shot for three nanoseconds every five minutes.