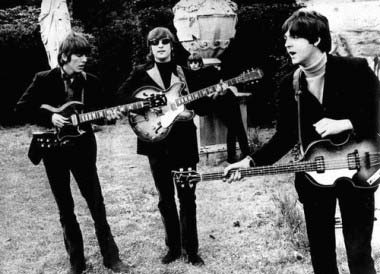 Now, after a week of carrot-dangling, we’re finally at the summit – celebrating the greatest UK Number One singles of all time. Each one is brilliant for a reason. The Kinks make the list for introducing the world to an early incarnation of rock music with “You Really Got Me“. Sinead O’Connor’s heartfelt rendition of a song written by Prince remains one of the most angry and emotional love songs of all time. The Rolling Stones had many decent smash hits, but “(I Can’t Get No) Satisfaction” kicks all of them right in the underpants. “Billie Jean” makes the cut for not only being one of Jackson’s finest, but also because it’s one of his WEIRDEST – that people still dance enthusiastically to a song about an insane delusional fan is completely brilliant. The Beach Boys managed two UK Number One’s, the first of which, “Good Vibrations”, is a masterpiece of musical arrangement, and possibly the electro-theremin‘s finest hour. Paul Hardcastle managed to mix the dialogue from a documentary about post-traumatic stress disorder,“Vietnam Requiem”, with serious synthesizers to make a dance record with an ideology. “Ghost Town” by The Specials also veered into the pop charts waving a political flag, this time spookily condemning Thatcher’s Britain, and creating a truly eerie pop/reggae fusion. The Jam kept “Golden Brown” by The Stranglers off the top spot with Weller’s ode to Woking, which is also a great rock record to dance to – just watch “Billy Elliot” if you don’t believe us. Althea and Donna were a shock one week/one hit wonder back in 1978, thanks to some sterling work by the late, great John Peel – if there is such thing as a cult number one, then this is it. And The Beatles were always going to be sitting somewhere near the top, and, as it is, they snatched the crown with probably the greatest A/B side combination of them all – “Paperback Writer” and (the EVEN BETTER) “Rain”. Only two other A/B combos came into contention throughout the 40 – “Penny Lane”/”Strawberry Fields”, until we realised that it didn’t make it to the top of the charts, it peaked at Number 2. And “Start”/”Liza Radley” by The Jam. But, in the end, this one prevailed, whilst the other two didn’t. Hence, this is our best Top Ten ever. Enjoy…