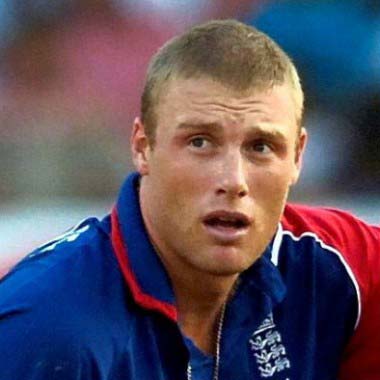 It’s always great to hear from a member of the growing Interestment family, and today is the turn of Josh Allen – a cricket enthusiast. He had this to say…

Andrew Flintoff is to go it alone in the world of cricket after turning down an England contract.

Since 1999 all prospective England players have been placed on central contracts, which allow the ECB to ensure their availability for national selection. However, Freddie has decided that he does not want to be tied down in this manner and is now set to become the worlds first freelance cricketer.

The move means that he is free to parade his talents around all four corners of the cricketing world, with the possibility of short-term deals in Australia, South Africa and the West Indies, in addition to his current contracts with Lancashire County Cricket club and IPL team Chennai.

It’s a bold move for Flintoff who will now be at the mercy of England’s national selectors; a number of whom will have almost certainly spat out their cornflakes upon hearing the news. An ECB spokesman did little to dispel that suspicion, saying: “Clearly there is a lot to digest and we will make no comment until we have had a chance to consider it in detail.”

To deny the people’s champion a place in the one day and Twenty20 matches would take a brave man however and Fred doesn’t seem to think that there is anybody up to the task.

“I said when I retired from Test cricket my ambition was to become the best one-day and Twenty20 player in the world,” remarked Flintoff.

“Playing in all these different countries can only help.”

In all likelihood the decision may also relate to money. Cricketers are not footballers by any stretch of the imagination (the number of injuries sustained in pre-match kickabouts proves as much)  and the ECB contract offered to Flintoff is said to have been worth just £50,000.

Just! I hear you collectively cry, in a fit of anger. Yes, just. Just compared to how much you can earn on your cricketing travels. Should the Prestonian make himself available for all of Chennai‘s IPL games he will pocket £935,000. Assuming Flintoff is not metaphorically hung drawn and quartered by the powers that be, your hero and mine is due to return to the national fold in Bangladesh next year. The tour will take place in February or March, by which team Freddie’s rehabilitation from injury should be complete.