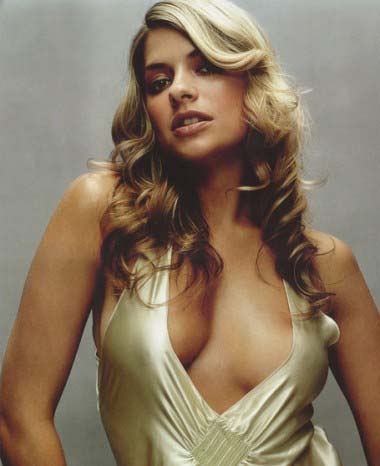 To legions of lonely housewives, the television set doesn’t just represent the riches lavished upon them by their dour uncaring husbands, they are also a portal to a world where brilliant things can happen. A world where broken chairs which have been languishing in the garage can go to auction and sell for nine quid, a paradise inhabited by caring affectionate lovers, like Jeremy Kyle. A utopian reality where you can wile away the boring vodka-soaked morning slumped in the company of Phillip Schofield, and whichever woman he happens to have residing in the seat next to him on This Morning. For so long, it was Fern Britton, a smiling lump with a tight elastic band holding her guts in. But now, as of today, he’s been joined by Holly Willoughby – a young mother who has, like Schofield, graduated from children’s television, and will now spend her mornings oscillating between hard-hitting sofa chats about life inside a Bulgarian prison and fun segments on the best way to dress a salad. One showbusiness journalist in particular was obviously impressed that she didn’t ruin her first day by nervously dry puking through the opening segment.

In other extremely important celebrity news, it seems like going crackers during major events is on the up in America, as the tennis hulk Serena Williams lashed out at a tennis official during her losing semi final – telling the petrified line judge: “I swear to God, I’m fucking going to take this fucking ball and shove it down your fucking throat”. And Kanye West caused an uproar at the MTV Video Awards by storming the stage in disgust during an acceptance speech:

2 Responses to Showbusiness: Ranting, and Willoughby