Is this your winner? 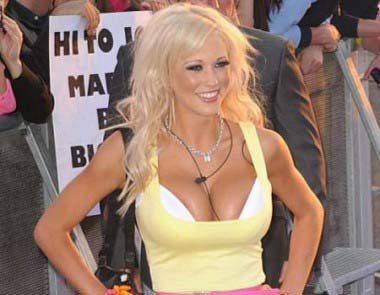 The sun is setting on the Big Brother house, and come the weekend, the fourth best series of the lot will be coming to an end. For anyone remotely interested, we like the first two best, then the one that Nadia – a lady/man – won (series five?). And then this one. It’s had it all – villains, sexual tomfoolery, almighty bust ups, the Freddie/Bea axis of tension. Brilliant. And now, with only five left, we see their departures going somewhere in this order…

David will definitely be the first one out. How he has survived is something of a mystery – when he insisted on barking “nanu-nanu!” roughly every ten seconds during the alien task, we seriously considered breaking into the Big Brother house and bricking him to death dressed as Mork from Mork and Mindy, ourselves shouting “nanu-nanu!” so that those would be the last words that ever filtered through his thick skull and into his empty brain. He is somewhat reminiscent of Tom Hanks in Big.

Charlie should be the next out, which will come as a shock, as he secretly believes that he might just win the show. In years gone by, he probably would have. After all, he’s got the lot – a cheerful personality, moments of tenderness, a certain gayness, a will they/won’t they love story, and a mother in a coma. Unfortunately, since the X Factor went overkill on the tragedy card, reality television audiences have grown sterner than De Niro with a headache, so he’ll be bundled out second, but he will get a few cheers from the baying mob.

The odds will tell you that Rodrigo will get the chop third, but a sad hunch suggests that the Interestment favourite, Siavash, will be the next to make awkward conversation with Davina. Rodrigo has proved to be a rather strange mix of cheerful and tetchy. One minute cackling in the pool, the next pointing fingers into people’s faces saying “shut urp” over and over again. His Brokeback Mountain storyline with Charlie suggests that he might just turn up to the empty house in years to come, asking a non-plussed security guard if a shaven Geordie has been through these parts recently. Expect to see them not-really-fishing in the near future. Siavash, meanwhile, has had one heck of a journey in the house, and has managed to retain most of his dignity despite being hideously dumped by Noirin when her ex-boyfriend bound in to tell her that – rather worryingly –  “daddy’s back”, and having spent his final week dressed as a gymnast in a makeshift tuxedo. On the downside, after offending Marcus, and losing Freddie, he became rather too peripheral in the house, so his worth dropped considerably. A worthy contender, our favourite, but he won’t win.

Sophie, however, probably will. On entering the house, roughly three minutes after her breasts, she didn’t look to have a hope, and the short-lived love affair with the awful Kris smacked of a spread in OK!. But she has done well to completely neglect her glamour girl looks, pile on a few pounds, lose her hair extensions, and thus humanise herself in the eyes of the bitchy voting public. Dumping Kris was another good move, overtly farting has also served her well, hence while she started the show looking for all the world like an awful wannabe-WAG, she will leave as a cheerful girl-next-door type. Our only real beef was her horrendous display of stereotypical ditziness in the geography task. A worthy-ish winner.