This time next year… we’ll be the best in the world! 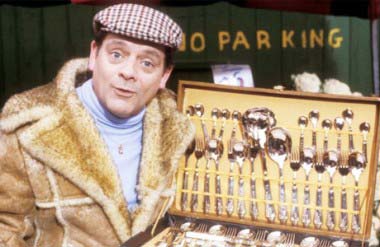 It’s always a joy to hear from a member of the Interestment family, and today it’s the turn of Josh Allen – cricket and betting expert. He had this to say…

England may have beaten Australia and the Ashes may be ours once more but this time it’s not all set to end with a hilariously drunken, open-top bus tour around London. Of course there’s plenty of time to fit that in, but afterwards England are aiming not for the paracetamol, but for world domination.

Alas, it will have to be achieved without the brilliant Andrew Flintoff, who has finally given in to knee surgery and Test retirement but Freddie wants England to push on without him.

“There is no reason they cannot be the best,” Fred told the awaiting press on Monday morning.

“They have got a fantastic captain and (are) a talented team.

“If there is any lesson to be learned from 2005 now, it’s to go for domination, try to get to number one in the world.”

In order to do that, they may require a lot more luck than last time. After Ashes success in 2005, England’s plans for world domination were crushed, rather like Derek Trotter‘s plans for financial security, by a series of increasingly ludicrous misfortunes.

Most were out of their hands as injuries ravaged half the team: Flintoff, captain Michael Vaughan and Simon Jones (remember him), just three of the unfortunates to go missing for long periods. Then there was the unfortunate Marcus Trescothick, forced into retirement by a stress-related illness and finally the obligatory self-inflicted disaster as Freddie returned from injury, only to do an uncle Albert and sink a ship (well, a pedalo).

So the big question is will it be any different or are we set for another episode of predictable hilarity? Current England captain Andrew Strauss is hopeful it will be the former. He said: “Our next challenge is a massive one, away in South Africa.

“But we can take confidence from this and the long-term goal is to be the number one side in the world.”

Given South Africa currently hold that number one cricket side position, a victory for England would go some way to convincing everybody that this dream to become the best may just have a happy ending.

As with the Trotters, we’ll all just have to keep our fingers crossed and tune in next time.