The Ashes: We were THERE!

That’s right, we went to the Oval…. 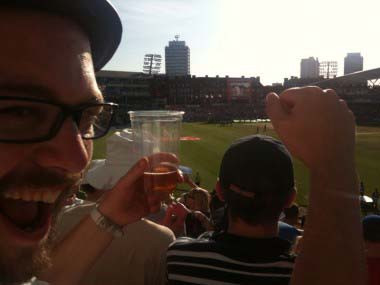 Everyone went Ashes bonkers yesterday, and in years to come, millions of people will say that they were there, at The Oval, watching it all happen. That’s because people tend to lie or exaggerate. Like when the Sex Pistols played their first gig – suddenly everyone cool was there – or when JFK took a bullet – lots of people suddenly weren’t there. So, we just thought we’d confirm that yes, there was an Interestment outing, and yes, we were there. We spent most of the day gulping down bubbling hot plastic glasses of lager, shouting “Sit down Toadfish!” at an Australian gentleman with a beard, and occasionally jumping to our feet because something really exciting had happened. Impressively, it seems that our lambasting of Harmison brought out his good side when he eventually had a bowl. Much of the afternoon was also spent fashioning a blood-red v-shaped tan on the chest (below). A fantastic day, nice work England. Just excellent. 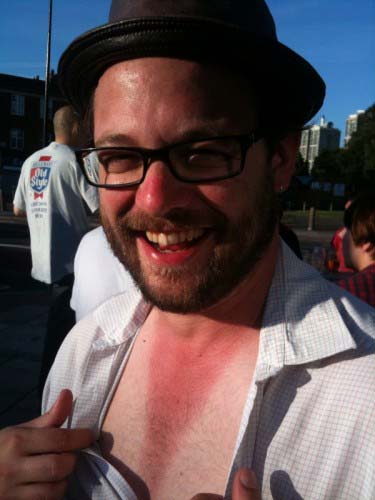 One Response to The Ashes: We were THERE!