Upside down frown flips over again… 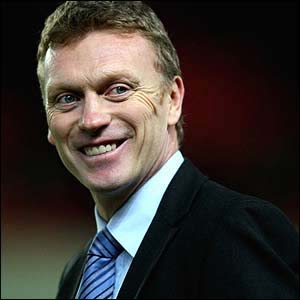 It’s always brilliant to hear from a member of the growing Interestment family, and today it’s the turn of Steve – a clever man with a sharp wit. For the next few weeks, he’s going to be looking at the ridiculous soap opera side of football. He had this to say about the weekend’s action…

Premiership football is back and it’s better than ever! Well, aside from the loss of the World’s greasiest…I mean greatest footballer of course. We’re only one game into the new season, but already the soap opera is in full swing. Here’s what we have so far:

Liverpool lose to Spurs and Rafa Benitez is LIVID. He gets so cross, the anger surges through his taut, bulbous body, before he finally erupts and calls a linesman… “too young”. Ouch. Clearly rusty after a summer break, Rafa may need to sharpen up his insults before he resumes his feud/ handbags/ smokescreen for secret love affair with Alex Ferguson. Half an hour with the Carragher family should do the trick.

Arsene Wenger‘s Arsenal side (who are also too young apparently) pulverise Everton 6-1. As in six goals to just one goal. Essentially 5-0. Or 12-2. Yep, that’s quite the thrashing. David Moyes is now officially the most miserable looking human being on the planet, with his weeping face buried into his moistening shovel-hands.

There are more tears in Hull as Phil Brown’s goatie beard goes missing. Why did you do it Phil? Why? The Tango Devil look was AWESOME!

And finally, new Chelsea boss Carlo Ancellotti explains Didier Drogba’s niggling injury conundrums: “I think last season he had a problem with his body”. Doctors, consider yourselves usurped. The man’s a genius.