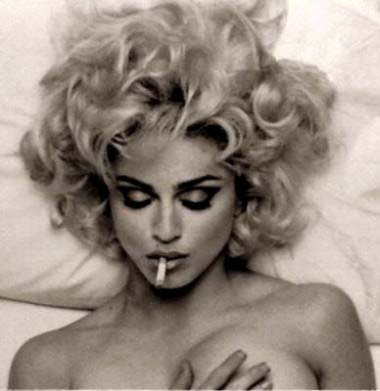 Old Father Time is a cruel, white bearded man, possibly wearing a hat. We pretty much live by his rules, which dictate that we achieve our perfect body proportion for around two years in our late teens, and from then on in it’s a fierce battle to fool the world into thinking that you’re beautiful. Some of us dress cleverly, hiding our revolting blubbery guts behind flowing silk blouses, others head to the gym for a few hours every single day to burn off lunch, then turn breakfast into bulbous, vein-ridden muscles. It’s a game none of us can win. And yet, every day showbiz desks peppered all about the capital can be overheard squealing with delight at the sight of another victory for Old Father Time and his bludgeoning walking stick.

Only today, the withered elderly gent finally scored an important victory is his battle against Madonna, as she turned celebrity reporter’s stomachs with a set of bingo wings usually reserved for women in flowery dresses who spend the weekend scrubbing steps and swapping racist jokes with their neighbours. It’s a crushing defeat for the 50-year-old singer/dancer/adopter of many children, who will no doubt come out fighting with another book of nudes. Or a music video showcasing some pretty intense yoga sessions.

It’s not all bad news though, as some other withering flowers have come to a late blossom, as Jerry Hall – formerly of Mick Jagger wife fame (pictured) – took to a beach looking less like a 53-year-old former model, and more like a 46-year-old vegetarian. And 44-year-old Sandra Bullock has removed all of her clothes in a film without making anyone reel back with shock and start dry puking in the aisles. One showbiz reporter in particular assumes that such a story warrants a massive billing. Take THAT Old Father Time! 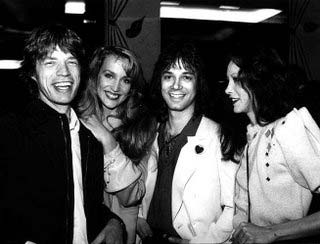 Some intriguing facts about The Ashes
Happy Birthday Will Ferrell, here’s Step Brothers!