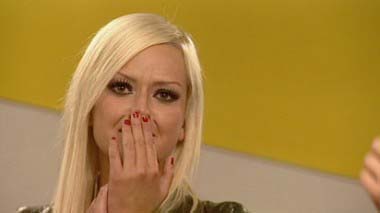 It’s been a sobering week for the animals in the Big Brother zoo, as Kris – the preening chimp – was thrown to the wolves, leaving his pack of strange and exotic creatures to lick their wounds, and circle the other pride with suspicion in their eyes and the taste of fresh blood on their fangs. Lisa, part-vulture part-parrot, has reacted very badly, as she attempts to reign in her small flock – including Charlie the talking otter, Sophie the flamingo with tits, and Karly the disgruntled labrador. They have all been wandering the grounds together in very close proximity, always with one eye out for Noirin the angry rabbit, Marcus the horny mule, and Freddie the son of a wealthy owl. Neither of these groups get along, and were it not for Rodrigo the gay terrapin keeping the peace and telling all of the creatures that they should just relax and play games together, they might already have torn one another to shreds with their rabid animal mouths.

Siavash is, of course, the lion. Still our favourite.

In other house news, Marcus has adopted the age-old corrosion technique to make a beautiful woman fall for him, as he tries to pester his way into Noirin‘s tiny underpants. While Karly should be enduring the awkward Davina interview this Friday, having done little more than swear like a trooper, and constantly look like she’s just popped a cola bottle into her mouth, only to find that it was a bizarrely shaped dollop of Lisa droppings.