Not including this old man… 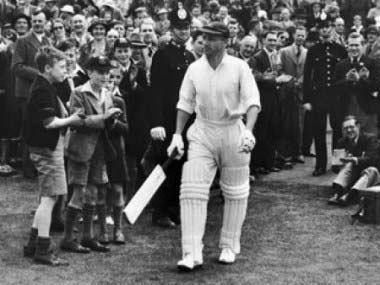 Wow, how about that Ashes. Monty out there, eyes bulbous like a deer nervously answering questions at gun point. The other guy at the other end using his plank of wood to stop the heavy red tennis ball shattering the Spinal Tap Stone Henge wooden sculpture behind him. It was gripping stuff. Hence, we thought it high time that we list our best Ashes team, not including people from the black and white days, because we have no idea what they were like. That means no Fred Trueman, no Don Bradman (pictured), no Jim Laker, and no Richie Benaud. Sorry chaps… 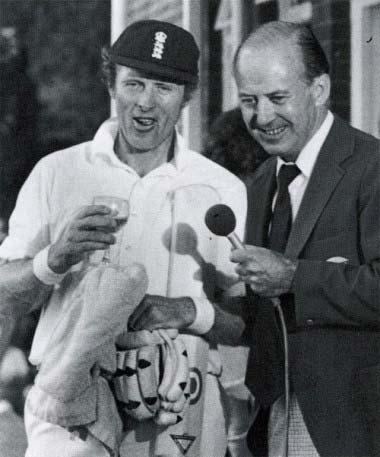 The most stubborn man to ever walk the planet, Boycott would probably struggle to lend an elderly woman three pence for a horse ride home in his native Yorkshire. All traits which made him a remarkable cricketer, who appeared to be constantly laughing on the other side of his face in between making runs. 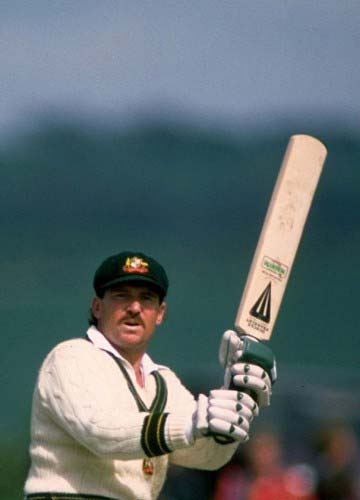 One of the greatest Allans to take up the game – alongside Lamb – this Allan was a constant thorn in England’s side during Ashes matches, as he sternly notched up big scores without ever raising a smile. A moody gentleman. 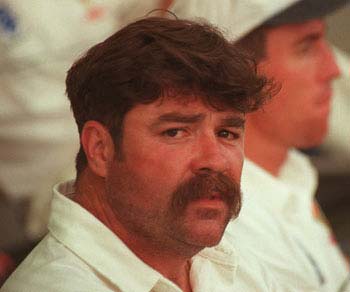 With Merv Hughes unable to make the team, in comes Boon with the all-important comedy moustache. A very handy batsmen, he didn’t only look hilarious, but he once reportedly drank something like two hundred beers during a single flight. Very roughly. 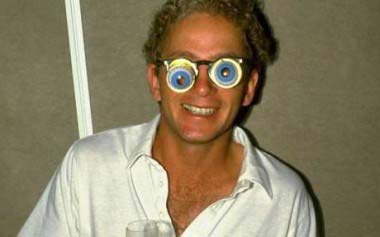 If Boon can get away with joke moustaches, then Gower deserves massive props for his brilliant curly perm. Blonde as midnight snow, he was an elegant striker of the ball, who can now be found doing an impression of Des Lynam, only minus the furry lip slug. 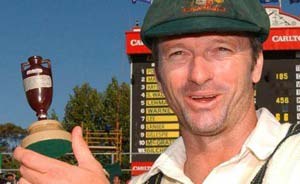 Anyone who switched on their television sets during the late 80s to watch cricket will only ever have seen Steve Waugh bat. An unnervingly Australian man, he could stand in one place for weeks at a time without blinking. 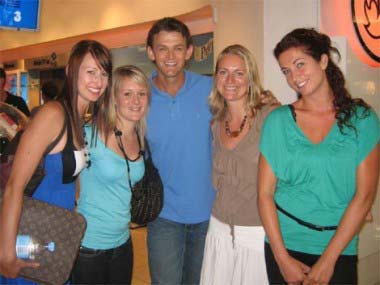 Like so many marvelous sportsmen, Gilchrist was cursed with gargantuan ears to compensate for his unbelievable cricketing skills. This wasn’t a problem while he was smashing the world’s finest bowlers about the pitch, but now that he’s retired and prowling for skirt? We shall see. 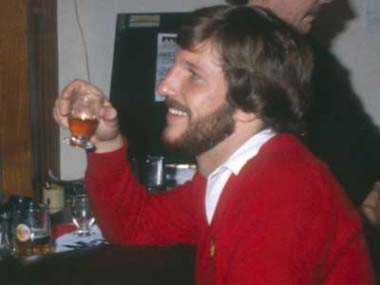 Ahh, Beefy. Beefy would walk into any team with his crazy antics, his impressive gut, and that delicious early 80s beard which soon morphed into a sexy mid 80s moustache. These days he can be found talking at length about some of the funny things him and Lamb used to say to each other in front of glazed over groups of extremely disappointed cricket fans. 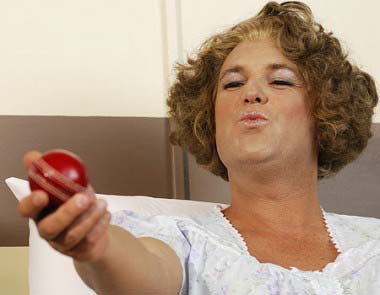 The bad boy of Australian cricket, Warney had the look of a man who would happily join a bongo circle and have a toke on a peace pipe in between test matches. But with those zany twisty-turny balls, he might just be the greatest bowler ever to walk the earth. Above, he’s hilariously dressed up as a woman. 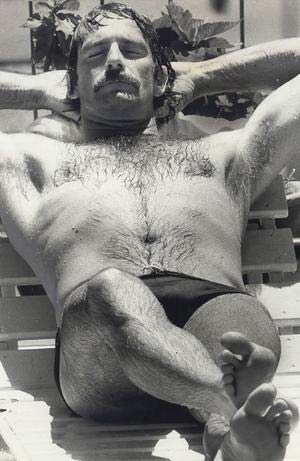 As the photo depicts, Lillee was probably the Tom Selleck of cricket for a time, and was occasionally known to sport a curious headband when he bowled. His raw pace obliterated many a fine opposition, while his metal bat (below) was just weird. 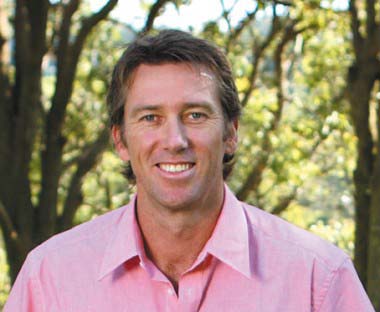 If Warne was the wild one, McGrath was Steady Eddie, known for his dogged consistency, eroding batsmen like he were a strong westerly wind and they were a withered rock on the edge of an old hill. As with cruel nature, the wind always wins. 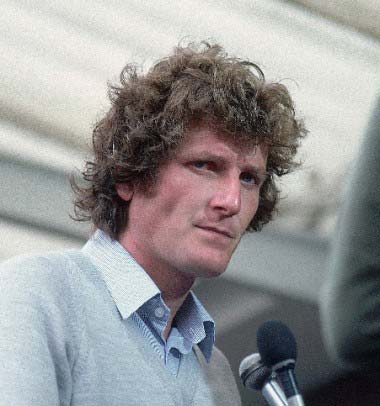 And finally, another Englishman joins Beefy in the bowling attack, and no, it’s not Kevin Keegan’s older lankier brother, it’s Bob Willis – a tall man, who fashioned early attempts at the white-fro. He could bowl the ball pretty fast, so they say.