It ain’t this guy… 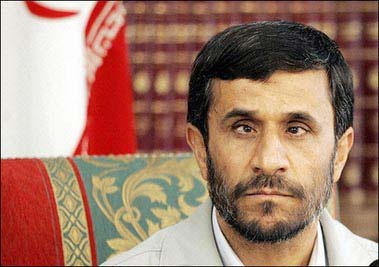 It’s never anything less than a total joy to hear from a member of the growing Interestment family, and today we hear from Richard – a very clever man with a sharp wit. He likes to know what the hell is going on in the world, and then he reports back with his findings. Just this week, he arched a beautiful eyebrow, and had a look at Iran. He had this to say…

We’ve heard a great deal about Iran recently. Indeed, every time I pick up a copy of the Tehran Times it’s Iran this, Iranian that, but what exactly is Iran? I did a spot of research and found that Iran is a Somalian model, married to David Bowie.

All very well you might think, but why has she been attracting so much publicity recently? Well, after yet more research I can exclusively reveal that she is currently the subject of a power struggle, featuring a whole host of Persians – many of whom have beards.

The next point of note is that Iran has a president, something that is common across all of the modeling community; Naomi has Hugo Chavez to push her psychotic buttons, Kate is run by a chap named Robert Mugabe – with very little wastage, while it’s left to Francois Mitterrand to be in charge of Gisele – a role he performs excellently despite the subtle disadvantage of having died in 1996.

Iran’s president is a man called Mahmoud Ahmadinejad, who is popularly known as M’ahm. But unlike these other Presidents, M’ahm isn’t actually in charge, instead being subservient to a Supreme Leader, Ayatollah Khamenei.

So he’s in charge?

Well, yes and no. As the title suggests, he’s a pretty powerful chap – who even has minions to perform such banal tasks as putting on his glasses in the morning, putting on his snood in the evening, tidying up his cuticles, and washing his car (a Saab 9000). But he in turn is constrained by an Assembly of Experts (86 Islamic Clerics), which in turn is regulated by the Guardian Council (12 Theologians), which in turn is limited by the Expediency Council (34 Beards and other demographics of facial hair such as Moustaches, Lamb Chop Sideburns and Goatees).

The chairman of this pogonotrophic cluster is Akbar Rafsanjani (a Moustache), who in a bizarre twist of fate was the beaten Presidential candidate when M’ahm came to power. Hilarious. He’s quite powerful too, but is in turn constrained by pretty much everyone else (including the snood).

With such a confused brain, it’s no wonder that poor Iran married the Thin White Duke in the first place. The very fact that she’s able to control five of her functioning limbs at all comes down to an arm of the Islamic Revolutionary Guard (the fifth limb) called the Basij.

The Basij is responsible for helping Iran go about her daily chores, such as getting down to the other end of the catwalk, spinning around a couple of times, standing still, and walking back into the dressing room where at the end of the day she smokes a cigarette (a Woodbine) before bed.

Made up of boys from poor, rural, religious areas, the Basij make all this happen using nothing more than axes, daggers, sticks and zeal, which is fairly impressive and not at all scary for the 70 million people that live in Iran. Because yes, despite her slender frame, Iran spends her free time lying flat to the ground as a Central Eurasian Republic!