Why do tennis players wear headbands? 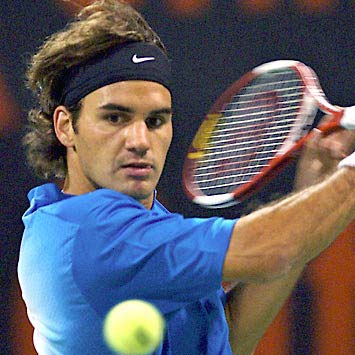 It’s like a warm breeze caressing our womanly thighs whenever we recruit a new writer into the Interestment flock, such is the gentle buzz of satisfaction and joy. So, today, let us introduce you to Rory, a man with an enormous funny side, great hair, and a big chocolate microscope focussed on the sports pages. He wanted to talk a little about tennis fashion. He had this to say…

Hands up who wants to be Roger Federer? Of course you do – for starters you could go to parties and say things like “You know, I really am the best person at what I do in the world. Ever. And that’s a fact.” Obviously he’s a bit too classy to actually say anything like that but, you know, he could if he wanted.

Better than that though – you could get away with wearing a headband. Look how he sports it. Effortless isn’t it? Have you ever, once, seen this man on the telly and laughed at his headband? Of course you haven’t. Because it’s one of sport’s unwritten rules – tennis players are allowed to wear headbands and no-one else is. Rafael Nadal even wears a yellow one, while simultaneously sporting a hot-pink jersey. Yet no-one laughs at him. 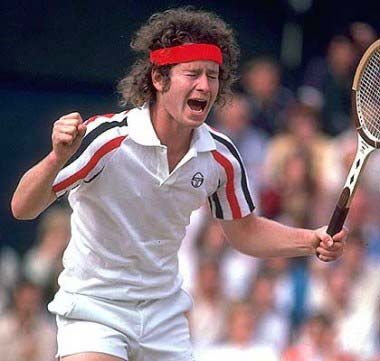 John McEnroe (pictured) used to wear one – he may even have started the trend- but most people now believe he needed it to keep that comedy afro on his head. During his 80s heyday, the obligatory headgear became as much a trademark as his dirty little potty mouth and broken rackets.

Pat Cash then came along and took the whole headband thing to a new level. Not for him the boring old elasticated towelly version. Oh no. Mr C went and got himself a trademarked black and white bandana-style headscarf. One that he had to tie up, with fashionable dangly bits at the back. Like Rambo.

So what it is about tennis that requires such pinpoint perspiration control in the cranial area? By asking that question, you probably assume I’m about to go on and answer it. I’m not, I’m genuinely perplexed – but perhaps you know the answer. If so feel free to enlighten us all below. 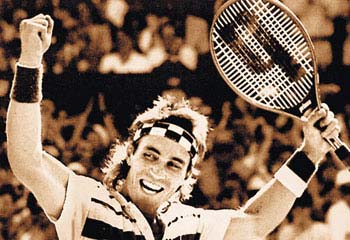 And one last thing. Don’t go thinking that, just because you enjoy the odd knockabout at your local municipal court, you can get away with it. Why not try it out next time you pop down for a spot of mixed doubles. As everyone’s limbering up, stretching out their glutes and lats, dip into your bag, grab the band and casually announce, almost as if it wasn’t even worth mentioning, that you’re “just going to pop this old thing on”. If you don’t get laughed off the court, we might just send you new tennis racket*.