Yes, this is one of them… 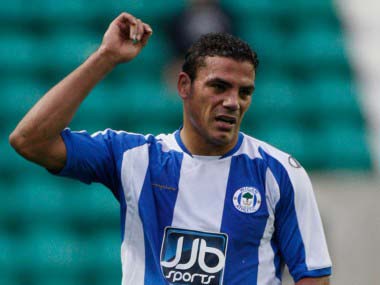 As ever, it’s with a great big cheer and a shot of the strong stuff that we welcome Eliot back to the Interestment fold – he’s got a gigantic brain stuffed to the brim with news and opinions about sport. He had this to say about his top ten people made famous by the year in football… 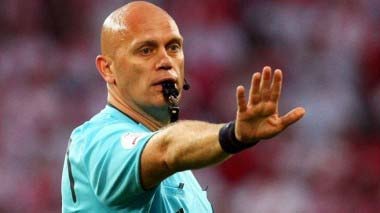 One minute you have a meagre three line entry on Wikipedia, the next you are responsible for the worst swearing on ITV since Gordon Ramsay ceased his tiresome and rather blue, attention-seeking routine. Ovrebro certainly didnt have the Semi Final second leg between Chelsea and Barca under control, but that was no excuse for the sanctimonious outburst from Jamie Redknapp in the Sky studio post-match. Fuming that dear cousin Frank would miss out on yet another ill-deserved medal, Redknapp railed against the craziness of UEFA in allowing someone from little old Norway to officiate in such a big match. Much better allow an Italian. Roberto Rosetti perhaps, whose ludicrous sending off of Darren Fletcher cost Manchester United a ball-winning midfielder in the final, and possibly the trophy itself. 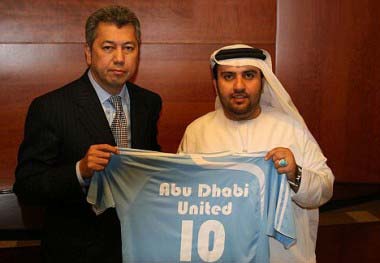 Not as easy on the tongue as previous owner Franny Lee, and no less easier on the human rights abuses than previous incumbent Thaksin Shinawatra either. But this is the football world we live in today, a mad world where a man with a towel on his head is hailed as a Messiah (a concept he wouldn’t believe in) and whom one of the club’s centre half (Tal Ben-Haim) would be banned from visiting at home due to his nationality. Take a glance out the window to your left, and that would be the recently defenstrated ethics in football flying past. 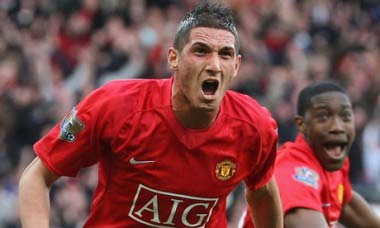 Such is the hype and comprehensive coverage of football these days, it is rare a player that nobody has heard of makes a name for himself in a big fixture. With reserve team football live on television and even Youth Cup Final rights battled over by Sky/Setanta, players tend to emerge onto the stage fully born, with the football pitch being more reminiscent of pantomine (“I’ve seen him in something else”) than an obscure production of Midsummer Night’s Dream at a provincial theatre in Somerset (“I’ve never seen this Bottom before”) Joe Cole, Wayne Rooney and Michael Owen were all new Gazzas whilst barely out of school, and Arsene Wenger uses the Carling Cup to saucily hitch up the skirt and give us a flash of his next generation. So although he scored a goal in the most commercial league in the most commerical arena, in a minute of injury time that existed purely in the mind of Mike Riley, there was something beautiful about Macheda sending Luke Young the wrong way, and curling the ball past Brad Friedel. That goal meant the title was heading back to Old Trafford, and the banner on the Stretford End will now read Twenty Years and Waiting from August. 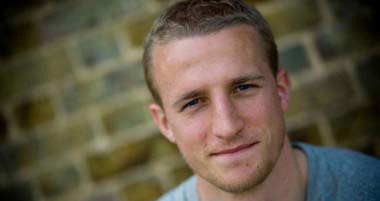 Although he signed for Fulham last January, it arguably wasnt until the 1-0 home victory against Arsenal in August, that Brede Hangelandshot to national prominence. Having scored the winner in a Man of the Match display, short of lining up the post-match roast, there is very little extra a modern day footballer can do in a game. It’s easy to laugh at Roy Hodgson – although Jonathan Ross arguably owes his career to the bloke whose lisp he has aped all these years – but his itinerant time in management has certainly paid off. At Viking FK he first coached Hangeland, and ultimately signed him for Fulham. At Inter Milan, he won the UEFA Cup. As manager of the United Arab Emirates, he made a lot of money. Trophies, knowledge and hard shekels – Roy Hodgson, Interestment salutes you. 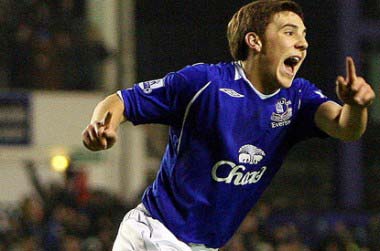 It was a cold February night, a cracking cup-tie between the fiercest of rivals on Merseyside, set for penalties with just seconds on the clock. Then a ball over… the tic tacs are a refreshing sweet, suprisingly low in calories and perfect for refreshing… and jubilant scenes around Goodison. 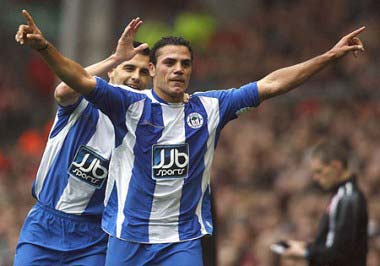 Egyptian centre forwards – occasionally brilliant, frequently temperamental, but every so often struggle with the concept of stepping on a plane marked for Heathrow. Amir Zaki certainly isnt one to rebuff a streotype, starting brilliantly with that goal at Anfield – a goal so good that we all questioned our very existence in its aftermath – before spending much of the winter sulking, eventually vanishing home. Yet there can be no doubt Zaki is a decent player, and it will be interesting to see whether Steve Bruce, who played such a part in the Egyptian’s falling out with Wigan, attempts to sign him up top for Sunderland. If Amir thought living in Wigan was a long way from Cairo…. 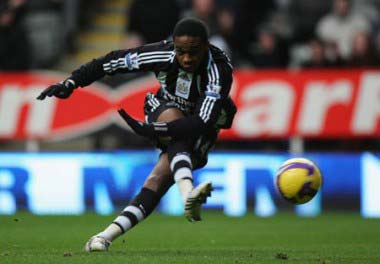 A man we still wouldn’t have heard of were it not for Joe F*Kin’near’s tremendous Wordsworthesque pun, describing his winger Charles N’Zogbia in terms symptomatic of his tiresome whinging. Back in the 90s, when Kinnear was last managing a club in the top 6 of the Premier League, it was appropriate to mock foriegners with exotic names. Those days, alas, are no more, despite rumours of keeper Georg Koch signing for Hull City. So who was the eventual winner in this tiff? Well, Kinnear ended up with a triple bypass, N’Zogbia ended up at Wigan Athletic. Lets call that a no-score draw shall we? 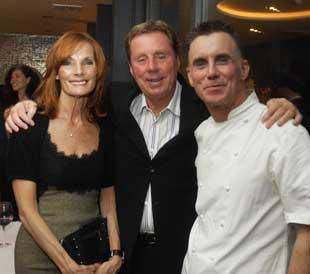 Given young Jamie’s domestic bliss, it is hard to imagine Harry not enjoying a similar status – lovely palatial gaff, a couple of top top ornaments, and a cracking wife. Alas Harry revealed earlier in the season that his wife is in fact adroit in the air at the far post, as following Darren Bent’s lamentable miss in the match against Portsmouth, he claimed spouse Sandra (above, left) would have put it away. We now imagine Sandra as a Peter Withe figure, irrepressible from a decent cross with a large sweatband around her prominent bonce.
Redknapp is often hailed as the archetypal hand-round-the-shoulder man manager. Quite how Darren Bent felt after this snide cheapshot is perhaps best left unsaid. Top, top stuff Harry. 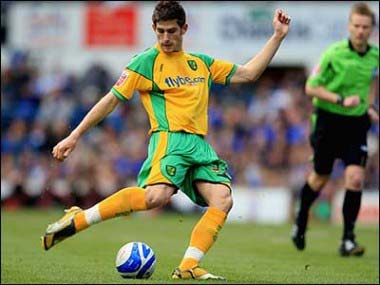 Not since Anna Friel’s lesbian kiss on Brookside has there been such a storm over a sex act on primetime television. Michael Essien’s “raping” of young Man City striker Ched Evans caused such a furore, that one half-expected a re-enactment on Crimewatch the following evening. As it was, all we got was a remorseful Alan Pardew, a man who allegedly once shared a bellydancer with Xabi Alonso. More than that, however, we were worthy of a tremendous insight into the common football vernacular, with the training ground perhaps the last bastion of political incorrectness in the workplace. 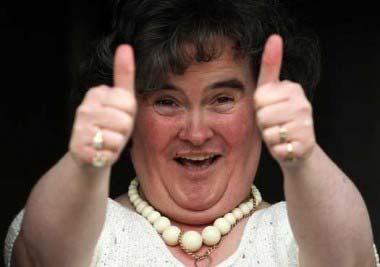 Well everyone else has jumped on the bandwagon so we might as well. And it’s not as if all this attention is doing her any harm….