Is this the greatest actor of all time? 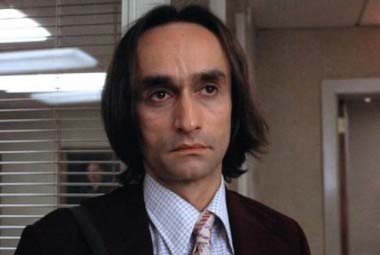 Don’t be fooled by the way they stride grinningly around the planet, when the doors shut, and the staff have been angrily dismissed, actors weep hysterically into pillows. If discovered, they claim to be getting into character, but the truth is that they’re petrified that one day they might make a bad film. Everyone’s done it – De Niro, Pacino, Brando, Nicholson, Depp. Everyone. Sean Penn’s been in mostly appalling films. But, of course, as with everything, there is an exception that proves the rule – in this case, it’s the late John Cazale, who made just five films before bone cancer got him in 1978. All of them excellent. The five – The Godfather, The Godfather Part Two, The Conversation, Dog Day Afternoon, and The Deer Hunter – were all nominated in the Best Picture category at the Oscars, and his co-stars included: Al Pacino, Robert De Niro, Gene Hackman, Marlon Brando, Robert Duvall, Christopher Walken, Harrison Ford, and his girlfriend Meryl Streep. In each of the films he was absolutely brilliant. Hence, the greatest of all time? Quite possibly.