Why pub quizzes are so excellent

Look, some brainiacs and mathletes 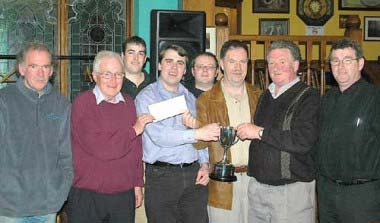 As ever, it fills us will glee to hear from one of our contributors, and today Debs – a keen observer of modern life – turns her fluorescent binoculars in the direction of frothy ale, scraps of A4 paper, and smug quiz masters taking the opportunity to try out some of their stand up material. Yes, the pub quiz. She had this to say…

Technological advances, Olympic medals, decent telly…yep, the British have been pretty crap at everything since the Industrial Revolution. Perhaps this explains why more than any other country in the world, the UK holds the retention and showcasing of pointless facts in such high esteem. Hence our enduring love of the Pub Quiz – an exclusively English obsession. Why, it’s hard to say (except for the glaringly obvious reason that no other culture in the world spends so much time in pubs) But it’s almost impossible to envisage Belgians or indeed Croatians jostling round scrap paper, wielding those small pens people usually steal from betting shops arguing over who directed a certain episode of Coronation Street.

So deeply ingrained in UK life is the might of the PQ that the current secondary school syllabus body are considering replacing Geography and Economics with Name the famous James and Guess the song title and artist from the first line studies. Apparently, this will serve children more admirably in this depressing economic climate where the average pub quiz weekly win is double the wage of a quantity surveyor. Yet, ultimately, there’s something inherently proud-making about triumphing in a competition based on totally fatuous knowledge, punctuated with toilet runs and free sandwiches. If you can EVER beat those two blokes in the Pat Benetar 1982 Tour teeshirts who always sit at the bar, that is.