Robbed at The Oscars: Mickey Rourke 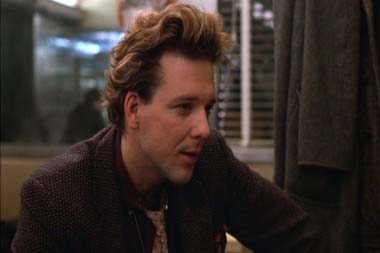 While we all go bananas with joy at the thought of Mickey Rourke rising from the ashes like a big fat phoenix with extensive facial surgery, it seems that the pipe smoking women of The Academy couldn’t give a hoot. They did the same thing with John Travolta in 1994 – denying him his triumphant comeback Oscar for Pulp Fiction, instead giving it to Tom Hanks for his impression of George W Bush in Forrest Gump. And last night, it went to another man playing a politician – Sean Penn in Milk.

That isn’t to say that Penn is completely undeserving, he is. Some might argue that he’s a brilliant actor. Unfortunately, he seems like such a real life cretin. And now he’s positioning himself as the Meryl Streep of the Best Actor world – nominated every single year, lurking in the shadows, the default winner if no one can decide who should get it. He’s already done it before – when Bill Murray would have made for a better winner in 2003 – and this year, he can probably thank the Academy members who couldn’t bring themselves to forgive Mickey Rourke for being so rude to them in the 1980s.