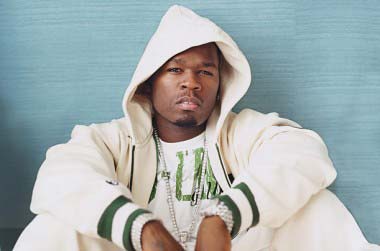 There are few jobs where having a long criminal record is advisable. It’s probably important that bodyguard applicants have at least been in a fight, and city bankers have presumably been arrested numerous times during their youth for behaving like hateful little toads. But, of all jobs, a good position in Hip Hop damn near demands that you spend a decent portion of your life sitting thoughtfully in a cell contemplating why you shouldn’t have shot that gang member in the face, or why selling heroin to children mightn’t make the world a better place. Our most divine of contributors, Hip Hop Sam, doffs a slightly sarcastic cap to some of the rap game’s most intriguing criminals. His top four reads like so… 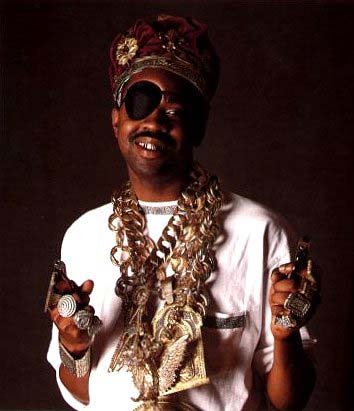 For many years now Hip Hop’s wisest philosophers have arksed the question – “does life imitate art, or does art imitate life?” Of course, nobody actually cares, with the exception of Wimbledon’s finest export, Slick Rick. His 1988 classic, Children’s Story, tells a tale of a character getting involved in shootings, before running from the police in a high speed chase. Ironically, Slick was himself involved in a shooting/high speed chase with the police only two years later… with hilarious consequences (jail for five years)! 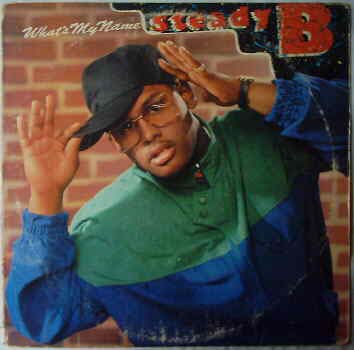 “Botched robbery” is a term that conjures up images of bungling thieves running away from a hapless Officer Dibble, before maybe slipping on a banana skin with a custard pie involved in some way for good measure. It doesn’t conjure up images of MURDERING A POLICE OFFICER IN COLD BLOOD, which is exactly what Steady B did during his “botched bank robbery”. He’s currently serving a life sentence for his bungling. Cringe! 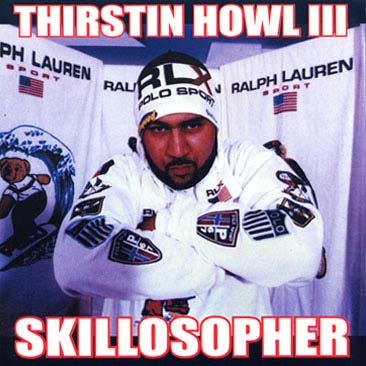 Thirstin Howl III is a founder member of the shoplifting crew – the Lo Lives. Upon finding that they looked rather dapper in Ralph Lauren’s Polo (“Lo”) range, the Lo Lives decided to do what any self respecting gentlemen with expensive tastes in fine apparel would do – they stole as much of it as they could. Thirstin‘s devoted much of his long underground career to documenting “Lo” theft. Good show Thirstin, now watch out for the ruddy cops. 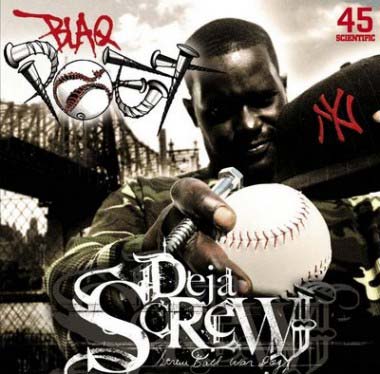 Anyone who knows anything about Hip Hop knows that it is currently owned by P Diddy, Bill Gates, Tony Blair, and that casually dressed bearded guy from Apple who shows the world a new ipod every year. At their most recent annual Hip Hop summit, it was decided that it was illegal to rap (or rhyme) unless there was a mention of everyone’s favourite drug – CRACK. It’s therefore very difficult to say who the best drug dealer is, but I’ve included Blaq Poet for this 1991 ode to selling the good stuff, I’m Flippin’, and the more subtle Got that Crack.