Bit of a no brainer… or is it? 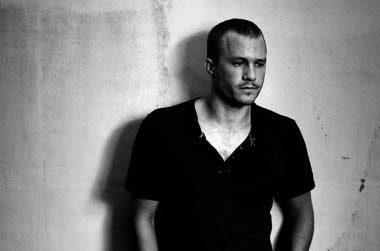 It’s a good statuette to win, Best Supporting Actor. For the most part, it’s essentially telling you that you were better than the main guy – the one who strode about the set wearing just pants and cowboy boots, demanding the most disgusting things from runners. Yeah, that guy. What an idiot he was. But now look at him, smiling pathetically through your standing ovation, wondering if the impressionable young extras were really thinking of you when they were half-heartedly sleeping with him. Did he mean nothing to them? Were they faking it?

This year, the race is all but over, as Heath Ledger looks set to eclipse Christian Bale’s husky performance in The Dark Knight. Anyone who doesn’t live in a shed will probably have noticed that the young Australian actor died a few months back, but the increasingly loud word on the street is that his accidental death won’t deny him this last chance of Oscar glory. Many believe his turn as the Joker to be better than Jack Nicholson’s from 1989 – and Nicholson, of course, is an Oscar legend.

Shannon can be discounted right away, mainly because no one has ever heard of him, but also because his performance in Revolutionary Road is the weakest of the five. Downey Jr would also be hard pushed to scoop the gong, having “blacked-up” for his role in Tropic Thunder. He did a great job in the film, but even the most liberal thinking Oscar judge probably wouldn’t have the brass-neck to vote for him.

Which leaves just Seymour Hoffman and Brolin to urinate on the Ledger bonfire. Of the two, Brolin looks the most likely for his decent job in Milk – after a string of fantastic recent performances (No Country For Old Me, W), he is an actor that it’s safe and fashionable to like. Hoffman is the same, but his star isn’t shining quite so bright.

Even so, a hunch suggests the four living actors nominated could probably turn up in tramp’s suits with string belts, because this one is on its way to Heaven – interestingly, in this category, for the first time ever.