You want to win the show? Like really want to? 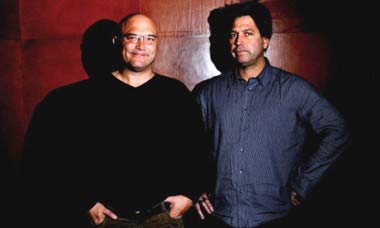 Masterchef is brilliant. It starts with two men standing next to a hob yelling at a cameraman about how hard cookery is. And, weirdly, they’re right. Anyone who has ever attempted to accurately fry a steak whilst a bald man with a enormous protruding gut stares on from five metres, occasionally tutting, already knows that this business isn’t for the faint hearted. Yet, winning Masterchef isn’t as difficult as it looks. We’ve come up with five simple rules to making it at least to the finals. Then you’re on your own…

1. If you’re “invention” ingredients include meat, vegetables, and fruit, resist the childish urge to match the fruit with the meat. You are not Heston Blumenthal. Unless you are.

2. Impress John, because when it’s a John versus Gregg stand-off about who should go through, John wins. That might be because he’s an actual chef, while Gregg is a bald fat bloke who loves jam roly-poly.

3. Talking of which, you might still need Gregg to fight your corner in the latter stages. This can be achieved by regularly baking him a massive chocolate cake.

4. If ever they ask you a question, any question at all, simply start blathering inanely, carefully inserting words like “honest”, “rustic”, “hearty”, “simple ingredients”, and “well cooked” into the ensuing drivel.

5. Never ever excel in the professional kitchen. No one likes a teacher’s pet. Instead, look surly and behave like YOU are the head chef, not that annoying South African guy who keeps barking at you.

3 Responses to A five step guide to winning Masterchef