Once upon a time, this was macho 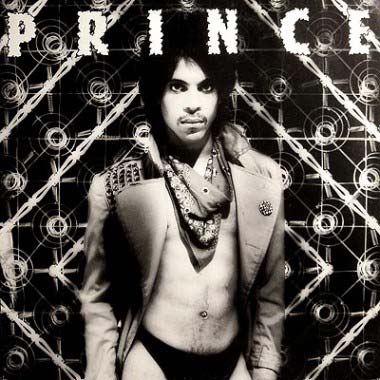 In 1980, Prince was still starting out. He was four years away from Purple Rain, and still second to Rick James on the sexed-up US glam-funk circuit. Hence, he needed a seriously steamy album cover to make a point, throw down the gauntlet, and tell the world “I am SEXY! Deal with it!”. So he went for this – the classic neck scarf and underpants look. Only here, he accessorised with what looks like a military style jacket (open) and an impressive set of pubic hair, growing upwards towards his downier stomach pubes. If you look at his face and haircut, much plucking work has been done, making him look like the perfect mix of man and woman. It’s a great record, although the artwork did manage to alienated thousands of confused young military men who couldn’t understand why someone with a moustache was making them want to have sex. This was back in the days when being gay was still considered an illness, remember.