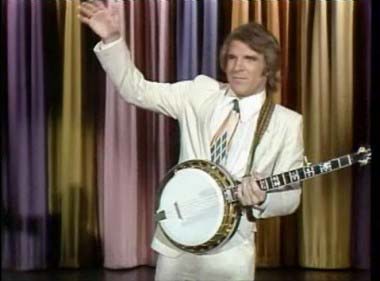 With so much television to watch, it’s almost impossible to find time to read a nice book, which is why Born Standing Up by Steve Martin is a terrific choice. It’s quite short. And really good. It chronicles his beginnings as a comedian, nicking other people’s jokes and putting on magic shows, all the way up to The Jerk.

It’s a good place to stop really, because after that he did The Man With Two Brains, then Planes, Trains and Automobiles, and then nothing funny ever again. Shame, because after reading this, you’ll really like him. You might even forgive him the first nineteen Father of The Brides.